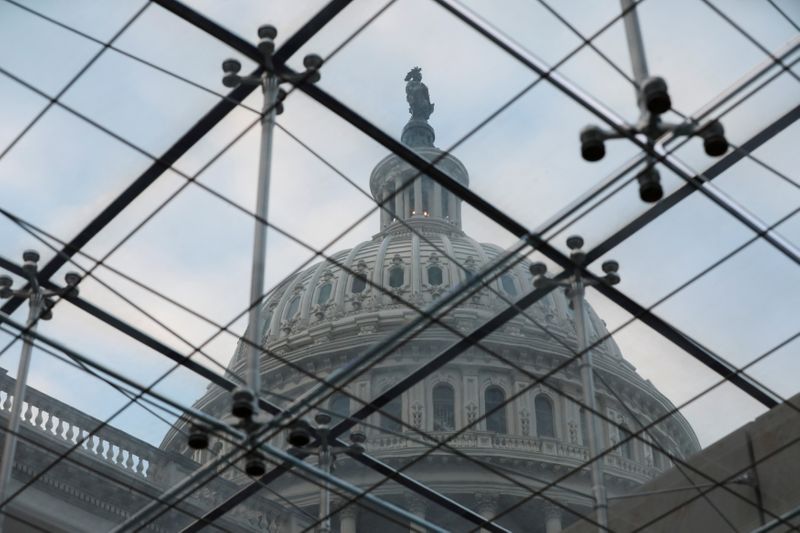 © Reuters. FILE PHOTO: A view of the U.S. Capitol Dome from a skylight inside the building, in Washington, U.S., December 18, 2020. REUTERS/Cheriss May/File Photo

ON BOARD AIR FORCE ONE (Reuters) - The White House said on Wednesday it expected Congress to raise the nation's debt ceiling despite conflict between Republican and Democratic lawmakers about the issue.

"We expect Congress to act in a timely manner to raise or suspend the debt ceiling as they did three times on a broad bipartisan basis during the last administration," White House spokeswoman Jen Psaki told reporters on Air Force One.