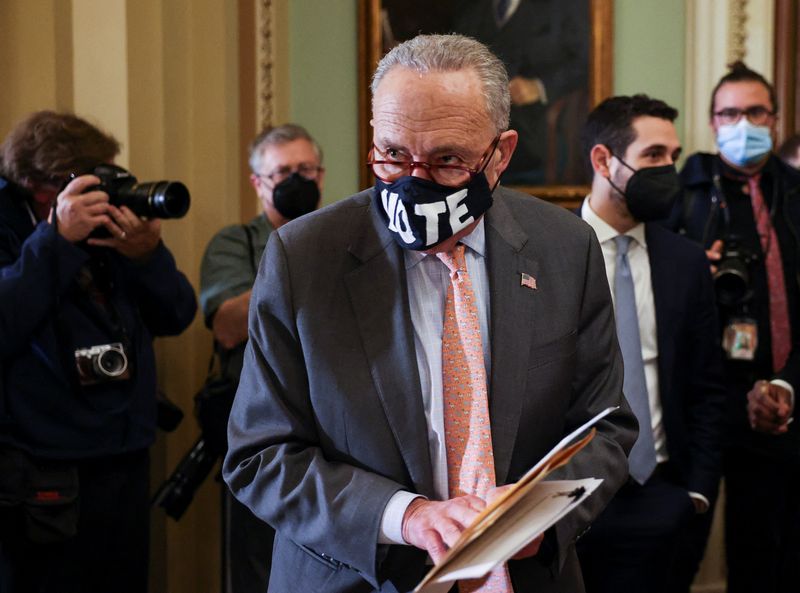 The change could allow the Democrats to pass legislation with a simple majority in the Senate, where they control 50 out of 100 seats with Democratic Vice President Kamala Harris able to serve as a tie-breaking vote.

Currently, most legislation is blocked by the filibuster rule, which requires 60 votes to end debate on a bill and move forward to a vote.

The rule change would "protect the foundation of our democracy: free and fair elections," Schumer said in a letter to Democratic senators on Monday.