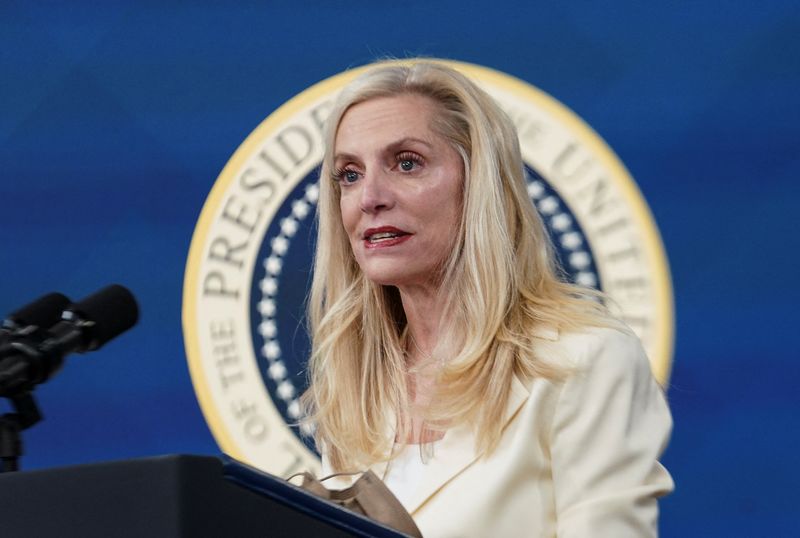 © Reuters. U.S. Federal Reserve board member Lael Brainard speaks after she was nominated by U.S. President Joe Biden to serve as vice chair of the Federal Reserve, in the Eisenhower Executive Office Building’s South Court Auditorium at the White House in Washingt

(Reuters) - The Senate Banking Committee will consider the nomination of Federal Reserve Governor Lael Brainard for Fed vice chair of supervision on Jan. 13 at 10 a.m. Eastern (1500 GMT), the panel said on its website on Tuesday.

Also to be considered at the hearing will be Sandra Thompson, nominated to be director of the Federal Housing Finance Agency, the announcement said.