U.S. mortgage interest rates surge by most in almost 2 years 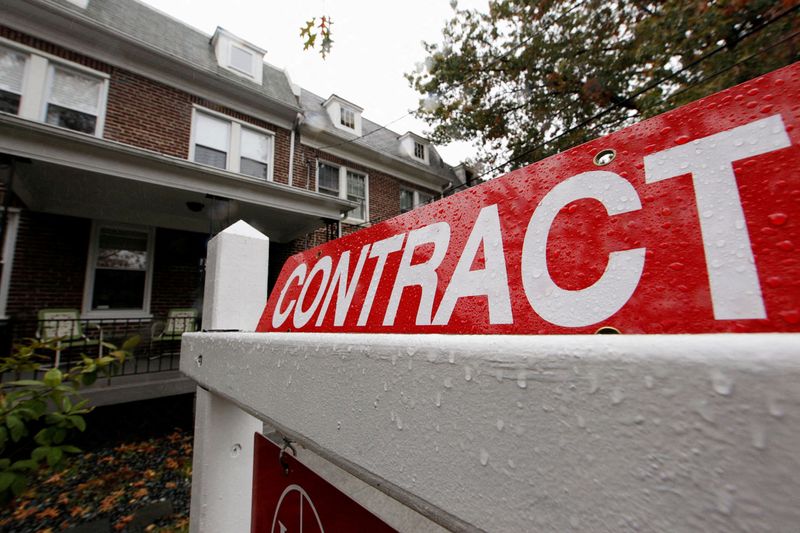 © Reuters. FILE PHOTO: A home with a sign indicating that it is under contract to be sold is seen in a neighborhood of downtown Washington, October 27, 2009. REUTERS/Jim Bourg

(Reuters) - The interest rate on the most popular type of U.S. home loan surged last week by the most in two years and has climbed back roughly to where it was before the coronavirus pandemic struck, after signals that the Federal Reserve would be raising rates sooner and faster than previously expected.

The Mortgage Bankers Association on Wednesday said its weekly measure of the average contract rate on a 30-year fixed-rate mortgage jumped to 3.52% in the week ended Jan. 7 from 3.33% a week earlier. That was the largest weekly increase since March 2020 and pushed the prevailing rate to around where it was just before the pandemic triggered a recession and drove borrowing costs to historic lows when the Fed cut its benchmark rate to near zero.

That era now appears to have passed, however. Mortgage rates had been edging higher for the past several months, but the large jump in rates last week followed the release of the minutes of the Fed's December meeting. That readout showed the policymakers were prepared to combat surging inflation with higher interest rates and a likely reduction in the Fed's holdings of more than $8 trillion of Treasuries and mortgage-backed securities.

That is crimping mortgage application volumes, especially for loan refinancings, with rates now around half a percentage point higher than where they were three months ago.

"Rates at these levels are quickly closing the door on refinance opportunities for many borrowers. Although refinance activity changed little over the week, applications remained at their lowest level in over a month, and conventional refinance applications were at their lowest level since January 2020," said Joel Kan, MBA’s Associate Vice President of Economic and Industry Forecasting.

Overall loan application volumes rose 1.4% last week on the back of a 2.2% increase in loans to buy a home, while refinancing applications edged down by 0.1%.