U.S. investor Calvey tells court: Find me innocent and Russia will get billions in investment 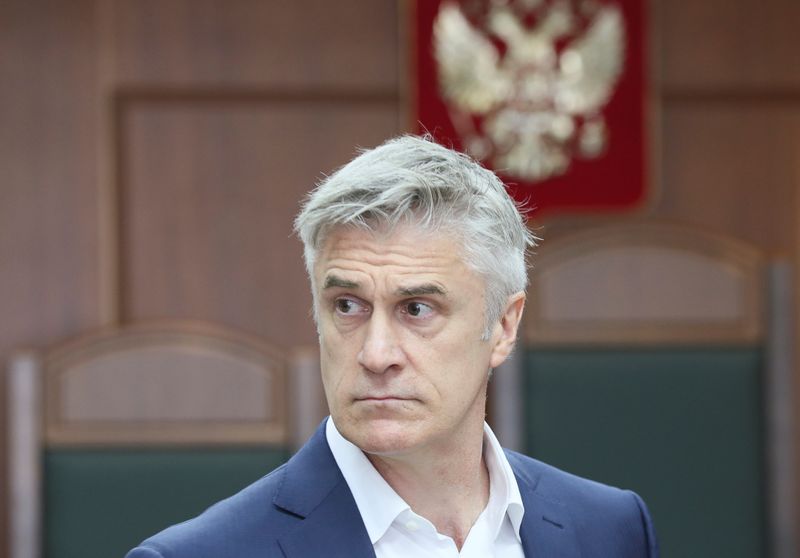 MOSCOW (Reuters) - U.S. investor Michael Calvey on Monday told a Moscow court trying him on embezzlement charges that an innocent verdict in his case would trigger billions of dollars in foreign investment and help create thousands of new jobs.

Calvey, one of Russia's most prominent foreign investors, faces a possible six-year suspended jail sentence if found guilty with a verdict expected on Aug. 2.

The founder of Russia-focused private equity group Baring Vostok, Calvey was detained along with other executives in early 2019 on charges of embezzlement linked to mid-sized lender Vostochny. He and the executives deny the charges.

The detention of the Wisconsin-born investor rattled Russia's business community and prompted several prominent officials and businessmen to voice concerns about the way the state deals with commercial disputes and executives caught up in them.

“A court decision to reject the accusation would be an enormous positive sign about the independence of the courts and the protection of investors’ rights,” Calvey told the court, in remarks shared online by his press team.

“It would not be an exaggeration to say that such a positive decision by the court could bring Russia billions of dollars in new investments, adding thousands of jobs,” Calvey said.

Initially placed in pre-trial detention, Calvey was subsequently freed and put under house arrest instead.

Dmitry Peskov, the spokesperson, told reporters that international business representatives had raised the case with Putin before, and that Putin has responded by saying that the government could not meddle in the work of the courts.

One such individual case alone could not have a major effect on Russia’s investment climate, Peskov added.

“Most important are the systemic measures that are taken to raise the country’s attractiveness for investors. These processes are far more important,” Peskov said.