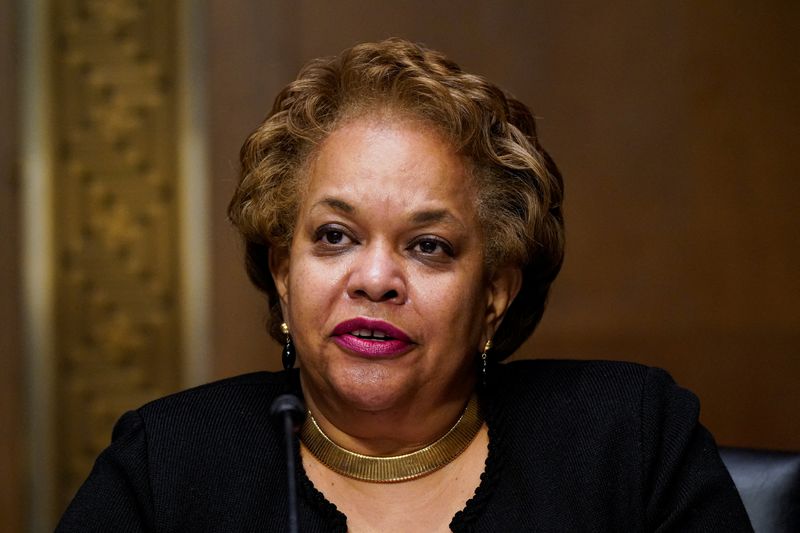 © Reuters. Sandra L. Thompson testifies before a Senate Banking Committee hearing on her nomination to be director of the Federal Housing Finance Agency, on Capitol Hill in Washington, U.S., January 13, 2022. REUTERS/Elizabeth Frantz

(Reuters) - President Joe Biden's nominee to run the agency overseeing Fannie Mae and Freddie Mac (OTC:FMCC) on Thursday said she would defer to Congress on whether to release the two home financing giants from federal government conservatorship.

"We defer to Congress" on any exit from conservatorship, Sandra Thompson said in an answer to a senator's question during her confirmation hearing to be head of the Federal Housing Finance Agency. There would be a number of steps to complete before Fannie and Freddie could leave government control.

"We think this is something that Congress needs to work on as well," said Thompson, who is acting head of the agency.

Fannie and Freddie have operated under federal government control since 2008.