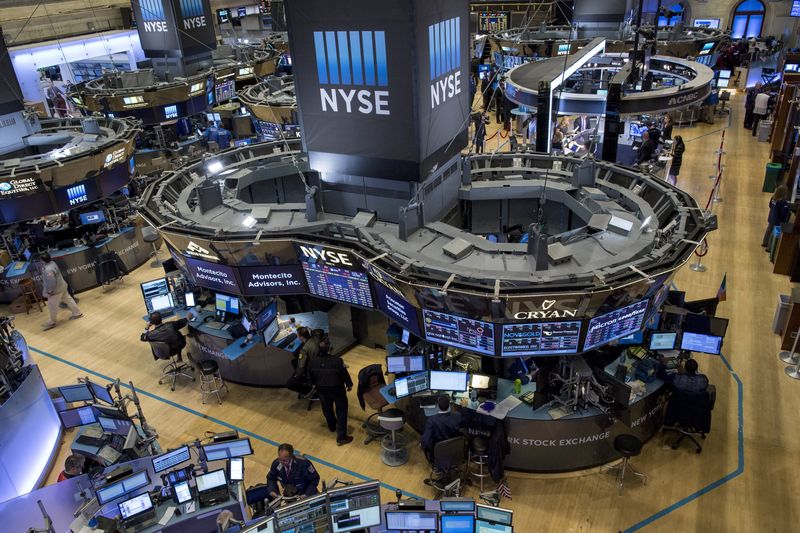 Investing.com -- U.S. inflation is expected to have hit a 40-year high in December, testing the market's newfound confidence that the economy can cope with a stiff tightening of monetary policy. China's producer price inflation eases, giving the country's central bank more scope to protect its real estate and financial sectors. Biogen (NASDAQ:BIIB) stock slumps after a blow to the revenue prospects for its Alzheimer's drug, and the U.S. posted a record high number of Covid hospital admissions on Tuesday. There are also weekly data on U.S. oil stockpiles due. Here's what you need to know in financial markets on Wednesday, 12th January.

U.S. inflation figures for December at 8:30 AM ET (1330 GMT) will provide a stern test for a market that has rose for a second straight day after Federal Reserve Chair Jerome Powell chose not to drop any fresh bombshells in the Senate at his re-confirmation hearing on Tuesday.

Analysts expect the headline rate of consumer price inflation to hit 7.0% on the year, while the core CPI is expected to jump to 5.4% from 4.9% in November. The month-on-month headline and core rates, which will show a better picture of current dynamics, are expected to rise 0.4% and 0.5% respectively.

The usual caveat will apply to the figures: the CPI is not the inflation measure that the Fed attaches most importance to, and pandemic-related distortions of spending patterns and seasonal adjustments also argue against reading too much into the figures. However, a 40-year high is still a 40-year high, whichever way it’s cut.

The phenomenon is by no means restricted to the U.S. The Organization for Economic Cooperation and Development said that inflation across the world’s advanced economies in general hit 5.8% in November.

2. China's central bank gets some relief from price pressure

Anyone looking for signs of global inflation pressures easing can take comfort from China’s latest data, which showed consumer prices falling 0.3% in December and the annual rate of inflation falling to 1.5%.

More importantly for global businesses and consumers, Chinese producer price inflation also eased to 10.3% on the year, clearly below forecasts for a more modest drop to 11.1%.

The figures suggest that the People’s Bank of China will have the leeway it needs in order to loosen monetary policy further to relieve the strain on a struggling real estate sector. Such hopes boosted everything from Hong Kong tech shares to Iron ore prices in China overnight, the latter also being helped by severe weather-related production outages in Brazil.

U.S. stocks are set to open in a holding pattern later after two days of gains, with the overnight session in futures held in thrall by the CPI numbers.

Stocks likely to be in focus later include Biogen, which slumped some 10% in premarket after regulators said that Medicare coverage of its Alzheimer’s drug aduhelm will be limited to patients enrolled in clinical trials. That’s the latest twist in a saga that exploded in controversy last year when the Food and Drug Administration approved the drug over the objections of some of its own senior experts.

Also in focus will be Meta Platforms (NASDAQ:FB) stock, after the Facebook (NASDAQ:FB) owner appointed DoorDash (NYSE:DASH) CEO Tony Xu to its board to help advise on its expansion into e-commerce.

The federal government will distribute free Covid-19 tests to schools in an effort to help them stay open, as the current wave of Omicron-variant disease exacts a high toll on teachers and students alike.

Hospitalizations due to Covid-19 in the U.S. leaped on Tuesday to their highest ever, a sharp setback for those who hoped that the less severe symptoms provoked by Omicron would enable the economy to ride out the latest wave of infection smoothly. The number of Covid-related deaths in the U.S. also hit its highest since October.

Elsewhere, Quebec unveiled arguably the most radical policy to coerce people into getting vaccinated yet, saying it would impose a new tax on unvaccinated people. China, meanwhile, continued to tighten mobility restrictions, chiefly on air routes in and out of the country.

Crude oil prices continued their ride higher after Jerome Powell’s comments at his confirmation hearing kept a soft tone on the dollar.

The U.S. government will release its weekly data for crude and product inventories at 10:30 AM ET as usual, a day after the American Petroleum Institute reported a 10 million barrel build in gasoline inventories (belatedly corroborating the government’s data from the previous week).