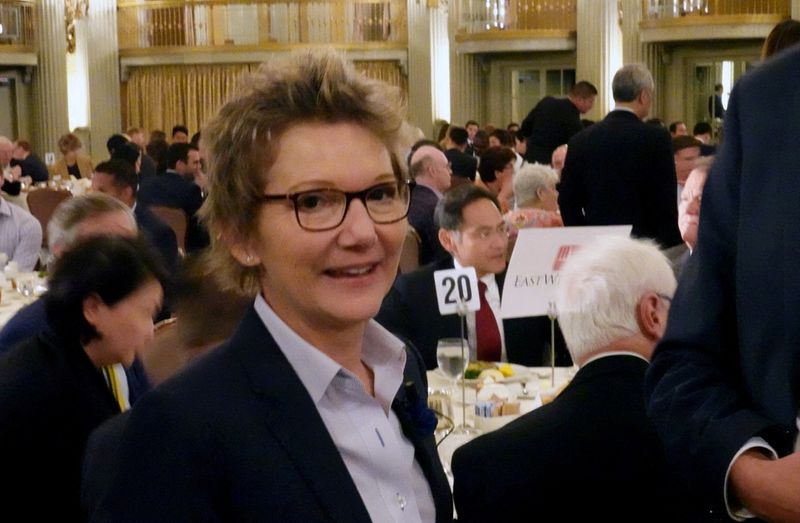 (Reuters) - With inflation running at its highest in nearly 40 years, U.S. central bankers are coalescing around a plan to start tapping the brakes on economic growth as soon as March, with further monetary policy tightening likely as the year goes on.

On Wednesday, San Francisco Federal Reserve Bank President Mary Daly became the latest U.S. central banker to set her sights on a rate hike in the next couple of months.

"It's really time for the U.S. central bank to start removing some of the accommodation we've been giving to the economy," she said in an interview on the PBS NewsHour. "I definitely see rate increases coming, as early as March even."

Coming from Daly - who as recently as November was calling for policy patience in the face of rising prices - the remarks are a clear signal that Fed policymakers are getting ready to put an end to the pandemic era of near-zero interest rates.

In December, Fed policymakers took a step toward that eventuality, agreeing to end their bond purchases by March, and signaling they could raise interest rates three times this year.

They have been buying bonds since the onset of the pandemic to ease financial conditions and push down on borrowing costs, delivering more stimulus to the economy than low short-term rates alone.

But fast-rising prices, and the prospect that the record spread of COVID-19 could worsen the supply-chain disruptions feeding inflation, are making them more eager to act.

And Cleveland Fed President Loretta Mester on Wednesday told the Wall Street Journal she supports starting rate hikes in March and reducing the Fed's balance sheet "as fast as we can conditional on it not being disruptive to the financial markets."

It's not just the regional Fed bank presidents, whose views are sometimes at odds with the core group of Fed policysetters in Washington.

"The economy no longer needs or wants the very highly accommodative policy that we’ve had in place to deal with the pandemic and the aftermath," Fed Chair Powell said at his renomination hearing at the U.S. Senate on Tuesday, flagging coming rate hikes, as well as a reduction in the Fed's $8 trillion balance sheet.

And in remarks published ahead of her own nomination hearing Thursday, Fed Governor Lael Brainard said controlling inflation "while sustaining a recovery that includes everyone" is the Fed's most important task.

With the U.S. unemployment rate at 3.9% and consumer demand strong, Fed policymakers are hoping they can engineer a reduction in inflation without undermining the economic recovery or financial market stability.

"If you don’t see the March rate hike at this point, you are just dull-witted and nothing the Fed can say now will help you," tweeted SGH Macro Advisors chief U.S. economist Tim Duy, well before most of the Fed policymakers who spoke Wednesday had their say.