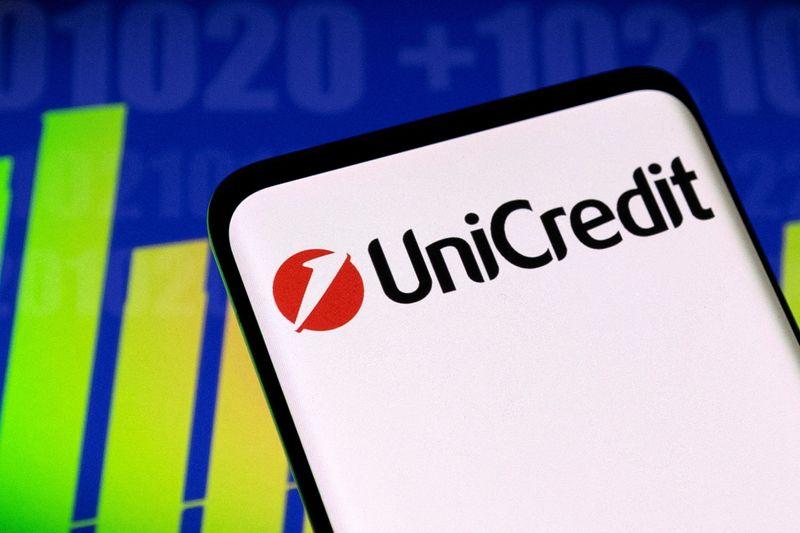 MILAN (Reuters) -UniCredit on Wednesday said it would complete a proposed share buyback it had put on hold pending more clarity on the hit from Russia, while improving its outlook for the year after a surprise profit rise in the second quarter.

UniCredit, one of Europe's bank more exposed to Russia, reported a net profit of 2 billion euros ($2 billion) for the three months through June, roughly double the average forecast from analysts polled by the bank and the previous year's figure.

It said its core capital had strengthened in the period to 15.73% of assets from 14% at the end of March, while it reduced its exposure to Russia by 2.7 billion euros in the quarter.

Excluding Russia, where UniCredit runs a top-15 bank, Italy's second-biggest bank said it expected a full-year profit of around 4 billion euros, upping a previous indication of more than 3.3 billion.

UniCredit called a shareholder meeting on Sept. 14 to approve a second 1-billion euro share buyback for which it has already sought European Central Bank clearance, following a first 1.6 billion euro tranche it completed in mid-July.