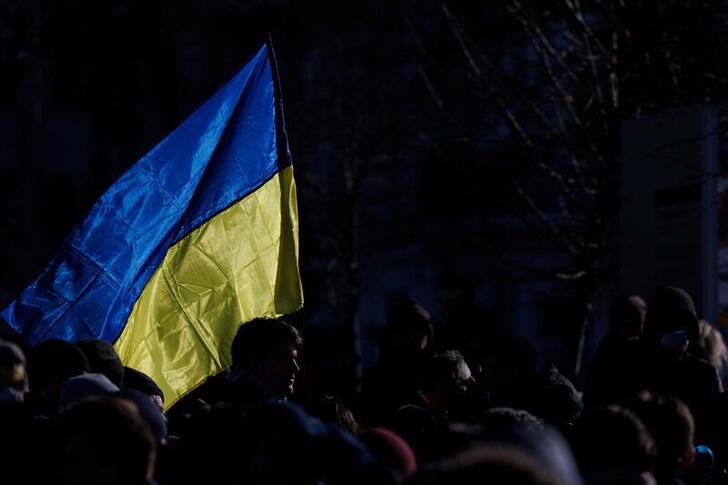 By Karin Strohecker and Jorgelina do Rosario

LONDON (Reuters) -Ukraine's economy is expected to contract by 45% this year, the country's Finance Minister Serhiy Marchenko said on Wednesday, adding his government was committed to servicing its debt in full.

Ukraine expects a bigger economic decline in 2022 than both European Bank for Reconstruction and Development (EBRD) and the International Monetary Fund, which have projected the country's economy to shrink by 30% to 35% amid Russia's invasion.

"People of Ukraine are paying an enormous price, and this price cannot be assessed," Marchenko said during a briefing at the annual meeting of the EBRD in Marrakech, Morocco.

"What can be assessed is the projection of GDP decline, we are around 45% this year," he added, speaking by video link.

The country has continued to service its international bonds since Russia's invasion on Feb. 24. The country is due to pay $1 billion due on a dollar bond on Sept. 1 and is facing a $5 billion fiscal gap on a monthly basis due to the war.

Marchenko added that Ukraine needs to find additional sources to finance this gap, because the country can only cover "62% of our primary budget needs" without including military expenditure.

"We have already raised over $2.2 billion in war bonds," Marchenko added. "Military bonds are (an) important investment to support state budget in war times."