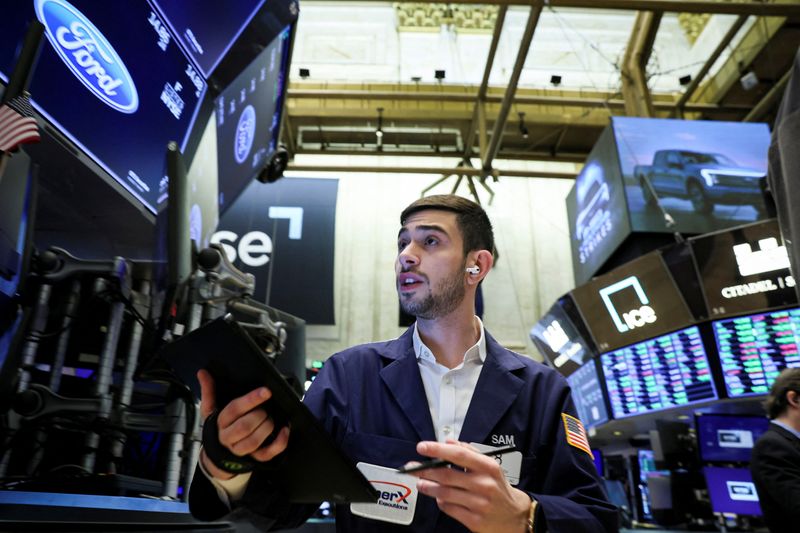 Investing.com -- Ukraine's spectacularly advances on the battlefield give a pep to risk appetite, especially in Europe. ECB officials push for more interest rate hikes. Walt Disney 's in focus after Dan Loeb swings behind the board's plans for ESPN, and Oracle reports after the close. The Department of Agriculture kicks off a big week for grains with its WASDE report. Here's what you need to know in financial markets on Monday, September 12.

The war in Ukraine entered a new phase, with Ukraine’s forces recapturing over 3,000 square kilometers of territory occupied by Russia since the spring in a startlingly successful offensive around Kharkiv, the country’s second-largest city.

The news lifted European currencies across the board, encouraging – perhaps excessive - hopes for a quick end to the war and to associated disruption of global energy markets.

European gas and power prices also fell to their lowest on the news, offering some relief after EU Energy Ministers failed to make much progress in agreeing to anti-crisis measures for the coming winter on Friday.

The dollar’s correction continued, with the euro getting additional support from a string of reports over the weekend and on Monday from European Central Bank officials broadly sticking to the line that further rate increases will be needed to bring inflation down.

The Financial Times also reported at the weekend that the ECB will discuss ways to reduce the 5 trillion-euro portfolio of bonds it has accumulated through its various quantitative easing programs at its upcoming meetings.

3. Stocks set to open higher; Loeb swings behind Disney board

U.S. stock markets are set to open in an upbeat mood after the news from eastern Europe over the weekend, with the closure of Chinese markets for the coming week also removing what has been a regular source of concern in recent weeks.

Stocks likely to be in focus later include Walt Disney (NYSE:DIS), after activist investor Dan Loeb backed off from his previous efforts to force the entertainment giant to spin off sports channel ESPN. Loeb’s Third Point had earlier this year first built, then sold a stake in the company.

Oracle (NYSE:ORCL) reports after the closing bell but the data calendar is bare. There's more action in the bond markets, with the sale of three- and 10-year notes due later.

4. WASDE due as threat to Ukrainian grain exports revives

The Department of Agriculture releases its monthly WASDE report into a market currently beset by extremely wide forecast ranges for grains and oilseeds production, notably for corn, due to the impact of extreme weather.

Grains markets also have to take account of the heightened risk of erratic Russian policy as the Kremlin comes under more domestic political pressure. President Vladimir Putin had made vague threats about abrogating the UN deal on grain passage out of Ukrainian ports last week as the military situation deteriorated.

Crude oil prices rose, as market participants priced in the risk that defeat in Ukraine could lead to a serious destabilization of Russian policy.

After pulling its troops out of parts of eastern Ukraine on Friday and Saturday, Russia launched long-range missile strikes against water supply and power stations in Ukraine, in violation of the Geneva Convention, while propagandists on state television urged the need for an escalation of the conflict.