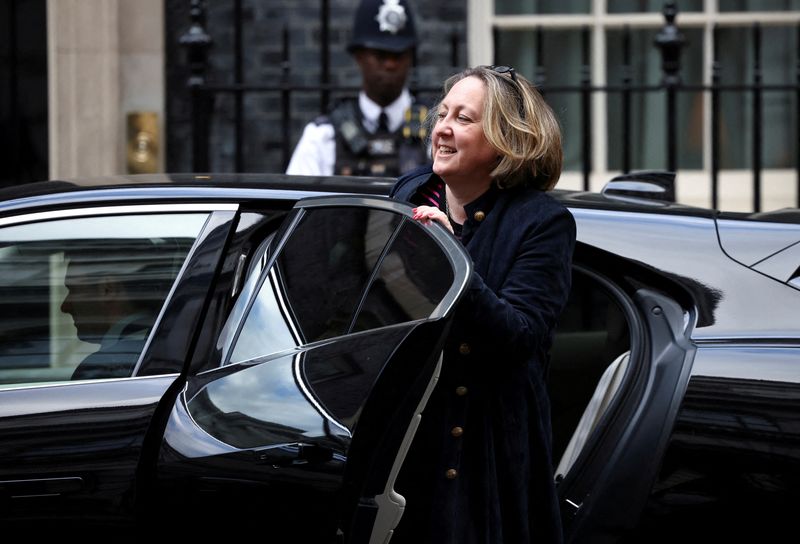 LONDON (Reuters) - British trade minister Anne-Marie Trevelyan will visit India this week to hold talks to try to deepen trade and economic ties as part of London's push in the Indo-Pacific region, her department said on Sunday.

As part of a two-day visit to New Delhi, Trevelyan will hold bilateral talks with Indian Minister of Commerce and Industry Piyush Goyal on Thursday on green trade, the removal of market access barriers and other issues.

They are also expected to confirm the launch of official negotiations on a new UK-India free trade deal, the trade department said in a statement.

"The UK and India are already close friends and trading partners, and building on that strong relationship is a priority for 2022," Trevelyan said in the statement.

"I will be using my visit to drive forward an ambitious trade agenda which represents the UK's Indo-Pacific tilt in action and shows how we are seizing global opportunities as an independent trading nation."