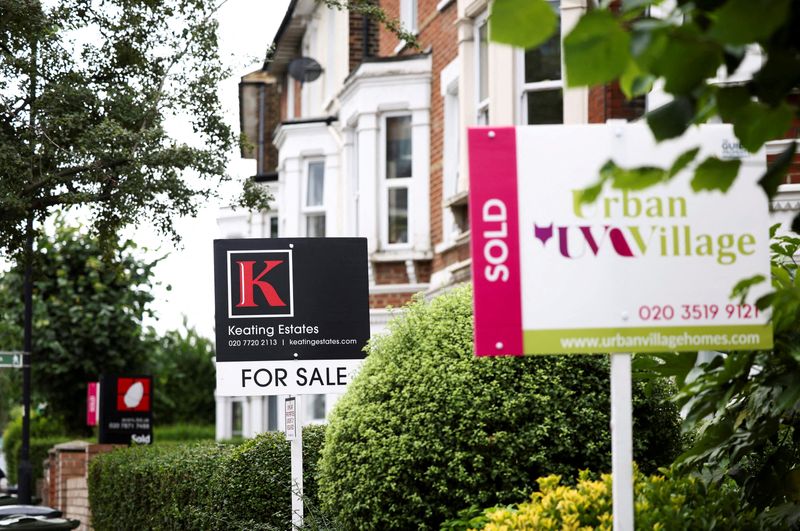 LONDON (Reuters) - British house prices rose for a tenth consecutive month in April, although the annual rate of growth eased slightly from the 15-year high recorded in March, figures from mortgage lender Halifax showed on Friday.

House prices increased by a hefty 1.1% on the month, down from 1.5% in March, and were 10.8% higher in April than a year earlier, just below the peak of 11.2% recorded in February, which was the largest annual increase since June 2007.

House prices so far have shown little sign of being affected by the cost-of-living squeeze caused by consumer price inflation rising to a 30-year high of 7.0%, despite increasing affordability challenges as prices outstrip pay growth.

But this may soon change, as the Bank of England forecast on Thursday inflation would exceed 10% by the end of this year and the economy would shrink sharply in the final three months of 2022.

The BoE raised interest rates by a quarter point on Thursday to 1%, and financial markets see rates rising to 2% or more by December.

"The house price to income ratio is already at its highest-ever level, and with interest rates on the rise and inflation further squeezing household budgets, it remains likely that the rate of house price growth will slow by the end of this year," he added.