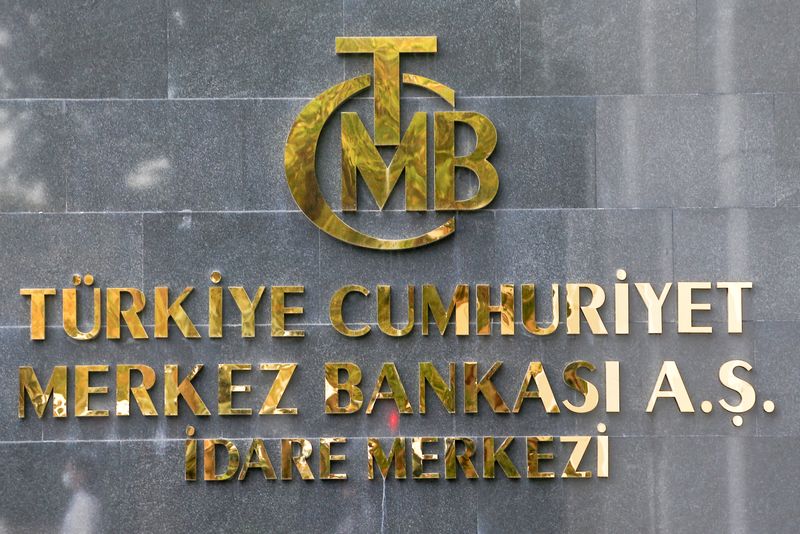 © Reuters. FILE PHOTO: A logo of Turkey's Central Bank is pictured at the entrance of its headquarters in Ankara, Turkey October 15, 2021. REUTERS/Cagla Gurdogan

On Thursday, Reuters reported that talks between Turkey's central bank and counterparts in Azerbaijan and the UAE on securing a possible currency swap line were almost complete.