Tapering's Effect on the Economy in 2022: Less Liquidity, More Volatility 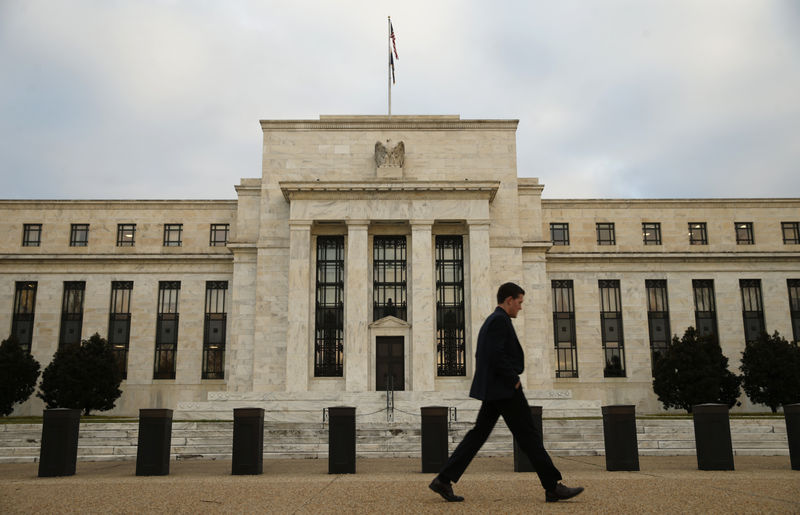 Investing.com - Although 2022 started with another wave of Covid-19 cases, due to the new and more contagious Omicron variant, the market seems to be confident that the effects on the economy will be minor.

For now, it is considered unlikely that there could be a reversal in the policies announced by the US Federal Reserve regarding the rapid end of tapering, and the possibility of three interest rate hikes during the year, even though there are still concerns regarding the increase in infections, especially due to possible labor absences.

In any case, the reduction of tapering, now in a more aggressive manner, implies the reduction of monetary liquidity that had been so dramatically increased during the pandemic. And along with the impact of less monetary stimulus will come the likely raising of interest rates.

José Gonzales, managing partner of GCG Advisors, a financial advisory firm based in New York, explains to Investing.com what the immediate effects on the economy could be, especially on the financial system and consumption.

Investing.com: What are the possible effects of accelerated tapering?

José Gonzales: For the financial markets, in the first instance they do not seem to exist. Despite some volatility in the daily trading behavior of stocks, bonds, commodities and cryptos, which is nothing unusual in the thin markets at the end of the year, markets are apparently trying to ignore the logic of what a reduction in monetary liquidity that they have been used to since 2008 would mean, and instead markets continue to reach record levels.

The effect could however be one of "momentum" insofar as the reduction in liquidity should, in effect, have an impact on what Thomas Hoenig, former President of the Federal Reserve in Kansas, calls the "allocative effect" or the amount of financial resources that are placed in financial assets in "zero rate" environments creating "asset inflation", commonly referred to as "bubbles".

IC: How will this decrease in liquidity begin to be reflected in the economy?

JG: We are already seeing it in the volatility of financial assets, pressure on interest rates, reduction in commodity prices, the strengthening of the dollar and, if the Fed's tightening strategy is successful, in reducing inflationary pressure.

Although the latter will depend not only on the reduction in liquidity, but also on the resolution of the logistical knots in the supply chains that have put pressure on supply-side inflation. This in turn has been further complicated by a structural change in global demand, where the pandemic has generated a migration from demand for services to demand for goods.

IC: How could it affect the financial system?

JG: It will depend on the size and strength of the balance sheet of each financial institution, since a reduction in liquidity and an increase in interest rates tends to favor financial intermediation as long as the banking assets remain as such and are not affected by their deterioration vis-à-vis their liabilities.

In general, North American and developed banks and those of emerging economies such as China are quite solid and should not have major problems. This might not be the case in countries with current account problems in the balance of payments or exposure to consumer credit, with deterioration in income distribution.

In the case of the United States, on the other hand, the Fed has created a compensation mechanism for banks to the extent that the reduction in quantitative easing is accompanied by a substantial increase in repo (repurchase agreement) operations.

IC: Could consumption slow down just when supply is recovering?

JG: This is certainly one of the risks, but the Fed, the Bank of England and the ECB have all determined that inflation, which is no longer considered to be "transitory", is such a risk that it is necessary to begin to address it by reducing monetary assistance and raising interest rates.

The only major central bank that is doing the opposite is the People's Bank of China, which is lowering rates; however, the Chinese government's discretion in economic policy is unparalleled in the West.

IC: If the first rate hike happens in March, and then add the other two rate hikes later in the year, will there be more positive than negative effects?

JG: Positive, undoubtedly, reducing inflationary pressure generated by the increase in liquidity resulting from monetary and fiscal assistance, with the greatest risk being to affect the post-Covid economic recovery, which remains uncertain towards 2023, affecting in turn the financial markets that have served as a barometer and incentive for corporate confidence and retail consumption in developed economies during the pandemic.