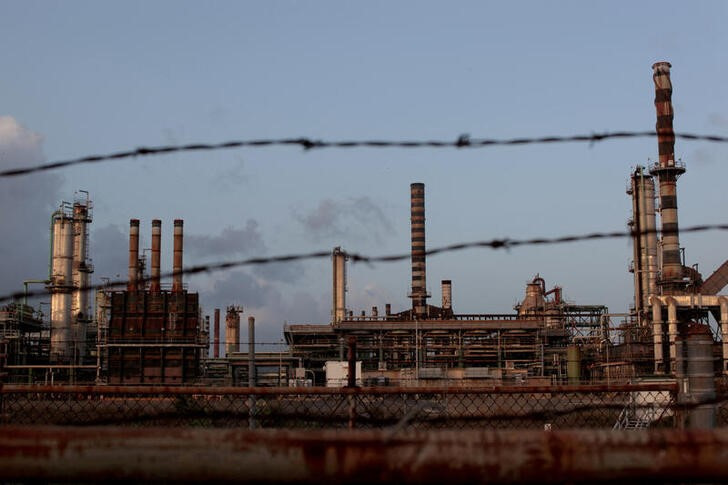 (Reuters) -U.S. regulators will require a new Clean Air Act permit for a troubled oil refinery in the U.S. Virgin Islands, which could cost its owners hundreds of millions of dollars and take three years or more to obtain, the Environmental Protection Agency said on Thursday.

The idled St. Croix refinery, formerly the largest in the Western Hemisphere, was expected to boost overall supply in the Caribbean, a key transit point for petroleum shipments, but was shut after just a few months of operation.

The EPA shut down the refinery, formerly called Limetree Bay, in May 2021 after a series of chemical releases into the environment sickened neighboring residents.

The refinery was sold for $62 million in December 2021 to West Indies Petroleum and Port Hamilton Refining and Transportation, following the bankruptcy of its former private equity owners.

The plant owners intend to restart the facility, but have let it fall into disrepair, the EPA said last month. The agency cited equipment corrosion that presents risk of fire, explosion or other "catastrophic" releases of hazardous substances.

The new Prevention of Significant Deterioration (PSD) permit would require detailed air-quality analyses and the use of the best available air pollution control technology, the EPA said Thursday.

A PSD permit limits emissions to levels that would result from the best available air pollution control technology, which the EPA said would likely result in significant reductions of emissions of nitrogen oxides and volatile organic chemicals, and reductions in sulfur dioxide, hydrogen sulfide, carbon monoxide and particulate matter at the facility.

The new owners must also negotiate a new consent decree with the U.S. Department of Justice (DOJ) and operate a flare gas recovery system, the agency said in March.

Hovensa went bankrupt and shut down the plant the following year; later Limetree Bay Ventures bought the refinery in December 2015.