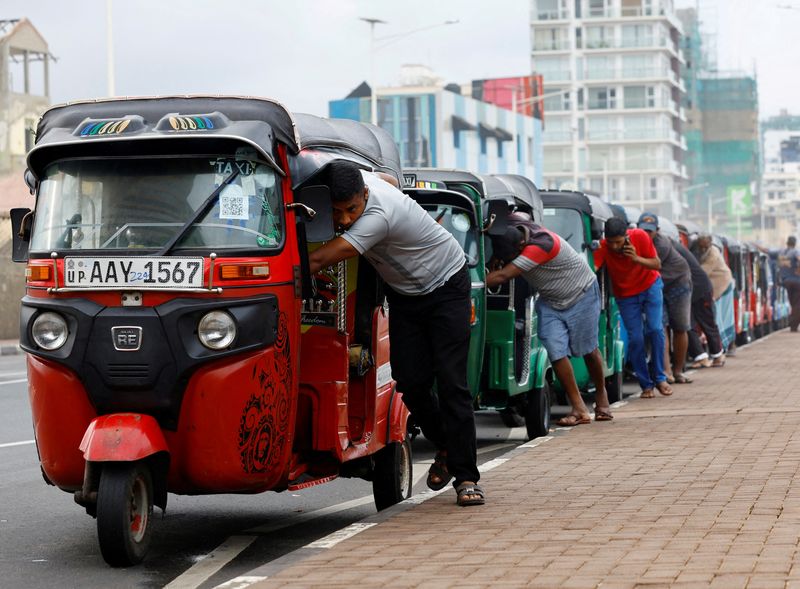 NEW DELHI (Reuters) -Sri Lanka has resumed technical discussions with the International Monetary Fund on a potential bailout after a new government took office, the finance ministry said on Friday.

Discussions with the multilateral lender started in April under former President Gotabaya Rajapaksa. The Sri Lankan government hopes to secure an Extended Fund Facility (EFF) - which would be conditional on making economic reforms - to help battle the worst economic crisis since independence in 1948.

Ranil Wickremesinghe was appointed as president after Rajapaksa was ousted on July 13 by a popular uprising following months of severe shortages of fuel, food and medicines.

The talks with IMF were highly successful and Sri Lanka is working with advisers to reach consensus on a deal with creditors, the government said.

The South Asian nation of 22 million has $12 billion overseas debt with private creditors. It defaulted on a bond payment earlier this year and is struggling to pay for imports of basic goods.