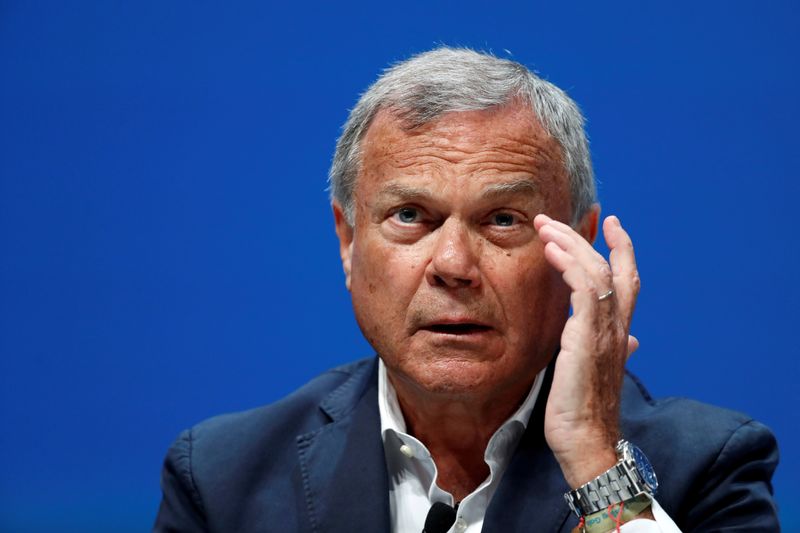 LONDON (Reuters) -Martin Sorrell said his S4 Capital would strengthen its financial controls as he published delayed full-year results that showed 2021 gross profit growth up 44% for the digital advertising group.

Sorrell's 4-year-old company hit its first major hurdle in late March when it was forced to delay its results because the auditor was not willing to sign them off, wiping more than 40% off its share price on the day.

The company published the results on Friday, with sales and profit in line with guidance and a full-year outlook of 25% growth for 2022.

Sorrell told Reuters the company had already made significant changes to its staffing line-up after it discovered control weaknesses and a lack of detailed documentation in its content division, regarding the accounting for uncompleted projects.

He said the group would also have a debrief, including with its auditors PwC.

For 2022, Sorrell said the group expected a good year despite the deteriorating global economic outlook, as digital sales continue to grow strongly and companies turn to digital transformation to improve efficiency.

Its 2021 organic gross profit rose 44% and the company said its performance in 2022 so far was ahead of its full-year guidance of 25% growth.

S4 Capital was built by Sorrell, the world's most famous advertising executive, after he left global market leader WPP (LON:WPP), which he had founded and run for more than 30 years.

It grew rapidly as it acquired businesses to combine consumer data with digital content that enabled it to work with the likes of Meta's Facebook (NASDAQ:FB), Alphabet (NASDAQ:GOOGL) Inc's Google, Burberry Group (OTC:BURBY) Plc and Netflix Inc (NASDAQ:NFLX).