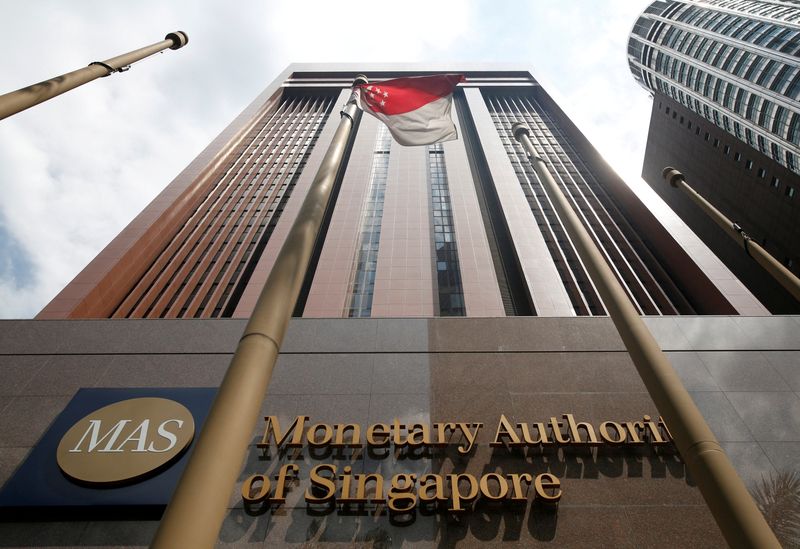 By Chen Lin and Xinghui Kok

SINGAPORE (Reuters) - Singapore announced plans on Thursday to overhaul its financial services industry by 2025 in a bid to cement its position in a "key battleground" to fight climate change, mobilising capital to support sustainable financing and green fintech.

The 'Industry Transformation Map 2025' plans released by the Monetary Authority of Singapore (MAS), the city-state's central bank, will include measures to streamline corporate structures used by investment funds, including family offices, that offer tax breaks, and a S$400 million ($285 million) investment in local talent within the industry.

The broad plans, for which full details have yet to be announced, come with Singapore's allure as a finance hub in Asia growing amid prolonged COVID-19 curbs and concern about mainland China's growing scrutiny of rival Hong Kong.

"If we do this right, our financial centre will continue to stay relevant and competitive, and be a key global financial node that connects global markets, supports Asia's development, and serves Singapore's economy," said Lawrence Wong, Singapore's deputy prime minister and finance minister.

Wong said during a media briefing that there was "growing interest" among high-net-worth individuals and family offices to do more in the field of philanthropy.

The plans include a S$100 million fund over five years to support sustainability within the finance sector such as green fintech, new sustainable financing solutions and reinsurance.

Wong said Asia was a "key battleground" to fight climate change. "The financial sector must do its part – to mobilise capital through financing and investments that support the region's transition to net zero," he said.

Under the plans, the corporate structure used by investment funds including family offices called Variable Capital Companies (VCC) will be "enhanced", though details on the enhancements won't be announced until a later stage. VCCs were first introduced in 2020 and offer tax exemptions.

MAS said it had received requests to improve the VCC framework so more industry participants and asset owners can set up VCCs and convert of existing company structures into VCCs.

"The asset management industry in Singapore has continued to do well in recent years, and registered healthy growth in spite of the pandemic. We continue to see inflows from diversified sources outside Singapore, including North America, Europe, North Asia and Southeast Asia," MAS said.