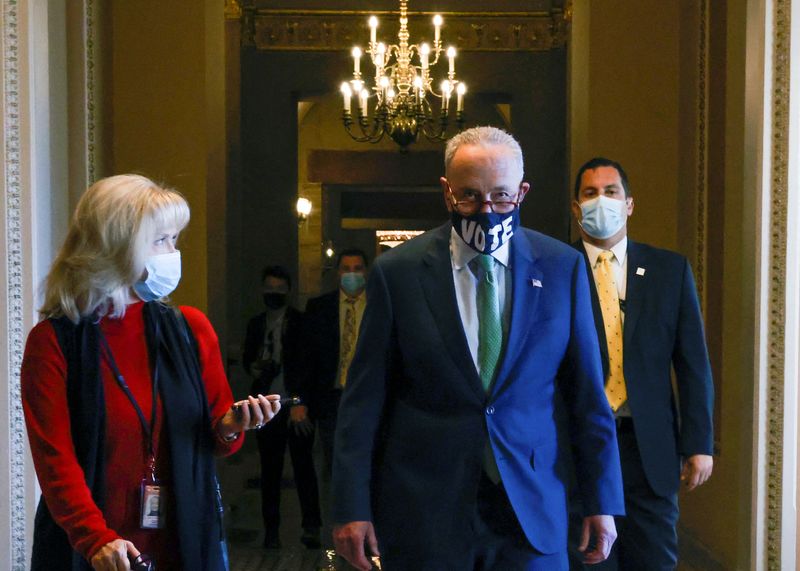 WASHINGTON (Reuters) - Senate Democrats are continuing to press the holdouts in their party to embrace two pieces of voting rights legislation, and a group planned to meet with Senator Joe Manchin on Tuesday, Senate Majority Leader Chuck Schumer said.

Senators have continued discussions with Manchin and Senator Krysten Sinema throughout the holiday break. Seven or eight of them will discuss the different proposals with Manchin, he said. "The bottom line is this: They must allow us to pass these two vital pieces of legislation, even if not a single Republican joins us," Schumer said in an interview with CNN.