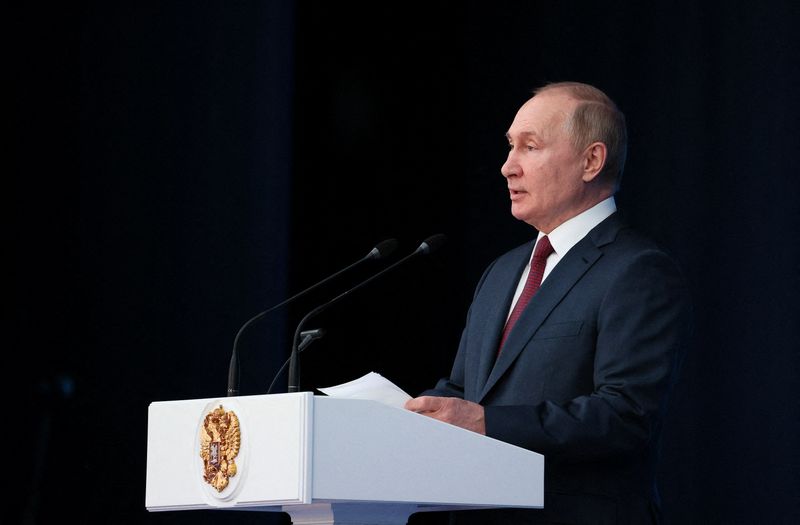 © Reuters. Russian President Vladimir Putin delivers a speech during an event marking the 300th anniversary of the foundation of the Russian prosecution service in Moscow, Russia January 12, 2022. Sputnik/Alexey Vitvitsky/Pool via REUTERS

Inflation in Russia accelerated to 8.4% last year, preliminary data showed, nearly its highest level since early 2016 and double the central bank's target of 4%, forcing the regulator to tighten monetary policy.

Rising consumer prices are hitting living standards, while Putin has for years promised to boost real disposable incomes. Last year, he called for pre-emptive measures to stop inflation from spiralling.

On Wednesday, he said pensions in Russia should be increased by 8.6%, slightly above the preliminary inflation reading for last year.

"Previously taken decisions will not cover for people's expenses resulting from accelerated inflation last year," Putin told a government meeting. "So I propose... to increase pensions by slightly more than inflation."

The central bank expects inflation to slow to 4%-4.5% by the end of this year. It raised its benchmark interest rate to 8.5% from 4.25% over the course of last year and has said more than one rate hike is still possible in coming months.