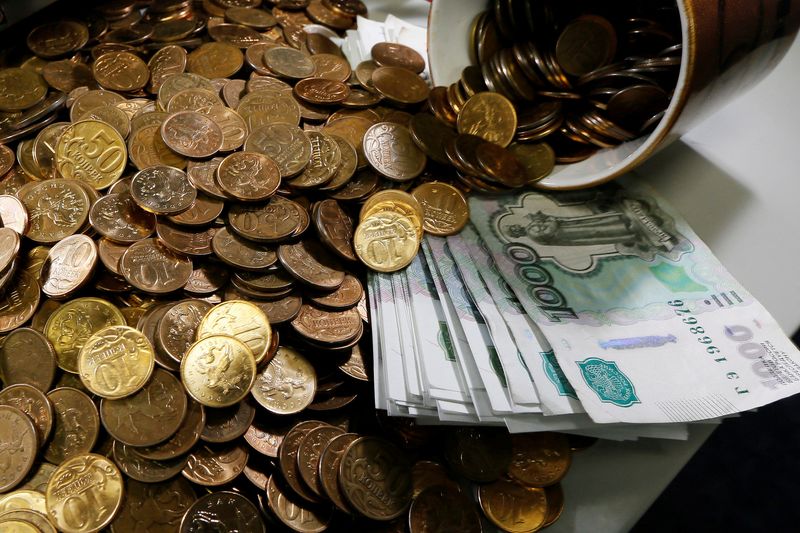 (Reuters) - The Russian rouble fell sharply in volatile trading on Thursday, slipping below 58 against the U.S. dollar ahead of a central bank meeting on Friday, when it is expected to cut interest rates once more.

Russia's central bank is set to meet on Friday, with analysts expecting a rate cut of 50 basis points to 9%.

Strict currency restrictions and falling imports have pushed the rouble to multi-year highs despite the West's imposition of sweeping sanctions against Moscow.

But the surging rouble has caused a bout of deflation in the Russian economy and worried policymakers, who have taken steps to weaken the currency by removing some controls and slashing rates. Weekly inflation statistics published Wednesday evening showed another period of falling prices, with annual inflation in the Russian economy now running at 15.4%.

That is far off the worst-case predictions that price rises could top 30% this year and has given the central bank cover to reverse its emergency hike to 20% in the days after Moscow sent tens of thousands of troops into Ukraine on Feb. 24.