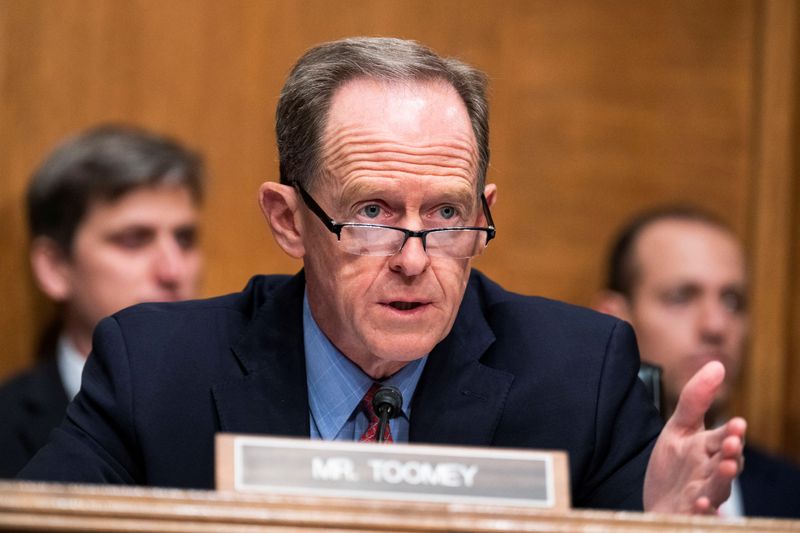 WASHINGTON (Reuters) - A Republican senator is demanding answers from the Federal Reserve Bank of Kansas City after he says it revoked a sought-after master account that had previously been granted to a fintech called Reserve Trust.

In a letter obtained by Reuters, Senator Pat Toomey told Kansas City Fed President Esther George it "has been brought to my attention" that the reserve bank had revoked the Colorado-based fintech's Federal Reserve master account, which granted it access to the Fed's payment services, a rare feat for a fintech.

Toomey did not specify in the letter how he learned the account had been revoked. A spokesman for the Kansas City Fed declined to comment, and emails to contact information listed on Reserve Trust's website went unanswered.

But Toomey said the development only adds more questions around the Fed's process for approving master accounts, as some fintechs and crypto firms have begun to press for access to such services, which have typically been reserved for traditional banks.

The Fed itself is undertaking a revamp of the application process, proposing in March a tiered review proposal that apply lighter scrutiny to federally insured institutions, and closer review for firms that are uninsured and not directly supervised by bank regulators.

The Kansas City Fed originally rejected Reserve Trust's application for a master account in 2017, but later granted one in 2018, saying the firm had changed its business model.

However, that decision was at the center of a controversy around Sarah Bloom Raskin, a former Fed governor who sat on Reserve Trust's board. Toomey said Raskin, who had previously been nominated by President Joe Biden to another Fed post, personally called George in 2017 about the firm's application.

Raskin maintained she adhered to all ethical standards, but the controversy helped solidify opposition to her nomination by Republicans. Raskin ultimately withdrew from consideration.

He demanded details from KC Fed on its communications with Reserve Trust, and any documents that support its decisions around granting it an account.