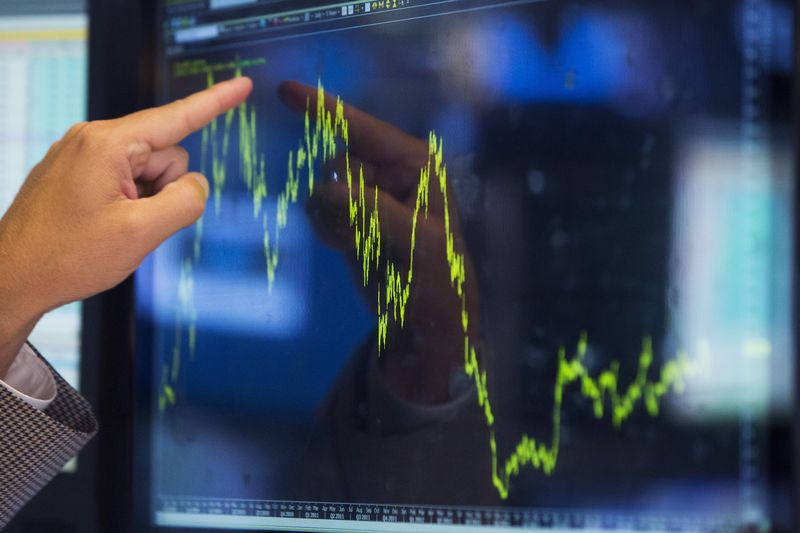 (Bloomberg) -- The head of one of the largest U.S. gateways for trade said robust demand for imported goods will likely be sustained into 2022, as companies scramble to rebuild stockpiles during an uneven rebound from the pandemic.

“We easily see this going through up to Chinese New Year, and there’s a lot of indications now that it could go beyond that,” said Griff Lynch, executive director of the Georgia Ports Authority, referring to the holiday in the first quarter of year that typically is preceded by a rush for ocean shipping. “We talk to our customers every day -- they’re telling us they still have low inventory.”

Container ports from Seattle to Charleston, South Carolina, have posted record-high volumes this year, and many are so swamped with cargo that ships are forced into costly delays waiting for space to dock. The capacity strains have pushed ocean-freight rates to levels four times higher than they were before the pandemic.

As of Monday, about a dozen container carriers were anchored outside Savannah’s port, a temporary bottleneck Lynch attributed to a tropical storm earlier this month and now-completed dredging conducted over the past several weeks.

Georgia’s Port of Savannah -- the largest container gateway on the East Coast after Newark, New Jersey -- handled 478,620 20-foot equivalent container units in May, its second-busiest month on record and more than 100,000 TEUs higher than the volume reached in May 2019. Savannah’s all-time monthly high was 498,065 reached in March.

“As challenging as this year has been with 20% growth, I think we’re doing a great job of keeping up with that growth,” Lynch said in an interview.

Meanwhile, the congestion is worse on the West Coast as an influx of goods from China, Vietnam and elsewhere in Asia overwhelms port terminals, exhausts warehouse space, and strains transportation connections like trucks and rail depots.

Union Pacific Corp (NYSE:UNP). this week temporarily halted rail movement of containers from western ports including Los Angeles and Long Beach, California, to clear a logjam of boxes near Chicago.

Part of the latest problem: unpredictable flows of merchandise and industrial parts shipped across the Pacific, particularly as coronavirus variants close factories in economies that had earlier controlled rises in new infections.

Nike Inc (NYSE:NKE). suppliers halted work in recent days amid virus outbreaks among employees in Vietnam, the origin of almost half of Nike’s U.S. seaborne imports, according to S&P Global (NYSE:SPGI) Market Intelligence’s Panjiva. Last month, a key port in southern China reduced volumes as it dealt with new cases, throwing dozens of ships off their schedules.

At last count, 18 ships were queued up off the coast of Los Angeles with an average wait for berth space of almost five days. Containers were stuck at the L.A.-Long Beach terminal for an average of 4.76 days in June, up from the dwell time of 3.96 days the previous month, according to the Pacific Merchant Shipping Association.

In Long Beach, Executive Director Mario Cordero said the port is entering a peak season of imports later this month as retailers restock for back-to-school shopping and the year-end holidays. “We see light at the end of the tunnel with regard to moving toward some normalcy towards the end of the year,” he said.

The pileup of steel boxes goods is leading companies like Levi Strauss & Co (NYSE:LEVI). to look for other entry points.

“We’re now shipping most of our product into the U.S. through the East Coast, only about 20% of our U.S. freight is coming through the West Coast right now,” Harmit Singh, Levi’s executive vice president and CFO, said on a conference call earlier this month.

Lynch said the East-versus-West Coast rivalry that has played out for two decades is returning as problems linger on the opposite side of the country. He said Georgia port officials are “getting lots of calls from different, smaller companies” asking to ship through Savannah “and we have the space to do that so we’re going to.”

“Definitely we see us growing on the backs of some West Coast land shortages and supply-chain issues -- that’s a fact,” Lynch said. “As customers have rerouted cargo to us, I think the most important thing is they haven’t really rerouted back.”

Further out, he said the expiration of the West Coast longshoremen union contract in mid-2022 is another uncertainty to monitor.

“As you come off these challenges we’re going through right now, if it were to start slowing down or returning to normal, one question out there is what happens with that contract because that’s a major industry question mark right now,” Lynch said.