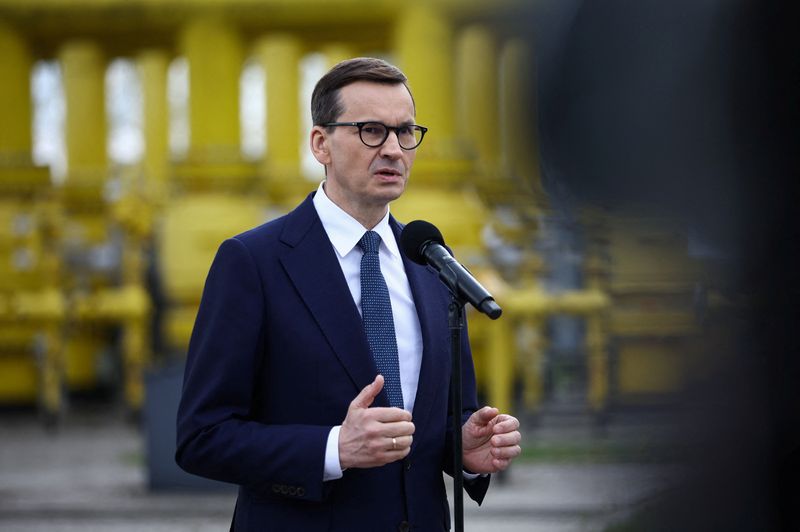 In a country where floating-rate mortgages are the norm, rising interest rates have severely squeezed the household budgets of many Poles while boosting bank profits.

"When there is increasing inflation and the central bank is raising interest rates, which leads to very high profits for financial institutions..., the inability to share these profits with a citizen - such behavior is unacceptable," he told a news conference.

Asked how the government would go about getting banks to offer a higher rate of interest on deposits, Morawiecki said it would use "persuasion", without elaborating.

He spoke after the cabinet discussed proposals announced in April to help borrowers affected by rising rates, including payment holidays for eight months over a two-year period and access to help from funds that banks pay into.

He said that the total cost of the payment holidays to banks would be around 3 billion zlotys ($677.51 million).

A fund to support borrowers will be increased to around 2 billion zlotys in 2022 and 2023 from 600 million currently, he said.

The borrowers' support fund, now in operation, will be available for three years, and the maximum monthly amount of aid is 2,000 zlotys.

Morawiecki reiterated that the WIBOR interbank rate, on which most Polish mortgages are based, would be replaced.

"If the banking sector does not work this out, we have a ready-made reserve solution - the Polonia rate," Morawiecki said. "This means savings of 1 billion zlotys for Poles and this is a cost to be borne by banks."