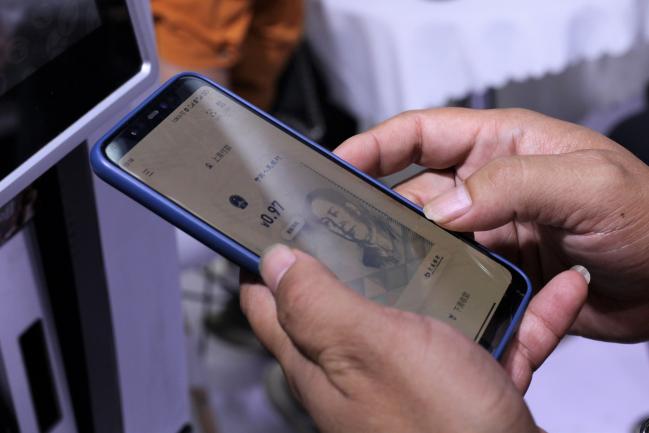 © Bloomberg. Visitors use digital yuan on their smartphones to buy discounted coffees at a Bank of Communications Co. booth at the China International Fair for Trade in Services (CIFTIS) in Beijing, China, on Tuesday, Sept. 7, 2021. The People’s Bank of China is pulling out all the stops to promote the e-currency digital yuan to a population far more used to transacting on a daily basis using Tencent Holdings Ltd.’s WeChat Pay and Ant Group Co.'s Alipay. Source: Bloomberg/Bloomberg

China will protect data related to the use of digital yuan, its central bank’s head of digital currency unit says, as the country moves forward with tests of the currency also known as e-CNY.

Only a limited amount of personal information is collected when people use digital yuan, and access to it will be restricted, Mu Changchun, head of the Digital Currency Institute at the People’s Bank of China, said at a forum in Fujian, China, on Sunday.

For normal transactions and purchases, neither the PBOC nor the platforms that operate and convert digital currency will be able to get all the information about the trading, Mu said. Authorities should only ask to use the data when it’s necessary to investigate transactions that are suspected of violating laws, he said.

Mu reiterated that the digital yuan has the highest level of privacy protection among existing digital payment tools. Still, he said it’s not proper for digital currency to be as anonymous as cash, since that would facilitate money laundering and other illegal behaviors.

The highlights of Mu’s speech include: