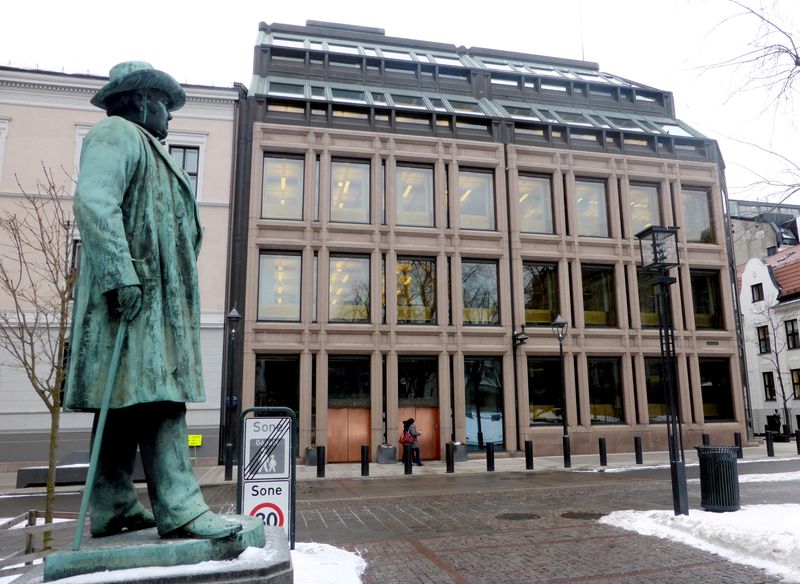 OSLO (Reuters) - Norwegian interest rates are set to rise amid strong domestic growth and a buildup of pressure in the economy, but the the war in Ukraine also raises uncertainty for the global outlook, the country's central bank governor said on Thursday.

"Economic activity is strong in Norway, and the buildup of pressures in the economy are likely to drive up inflation ahead," Norges Bank Governor Ida Wolden Bache told a committee in parliament.

"The policy rate is therefore on the rise ... But the forecasts are subject to uncertainty. If the economy evolves differently than projected, the policy rate path may also change," she said.

As a result, Norway could face "more challenging monetary policy trade-offs ahead", she added.

"But we have a clear mission and we will continue our efforts to fulfil the mandate of keeping inflation low and stable and contribute to economic stability in the years to come," Bache said.

Norges Bank said last month it would raise rates this year and next at a faster pace than previously intended to keep a lid on inflation and a rapidly growing economy.