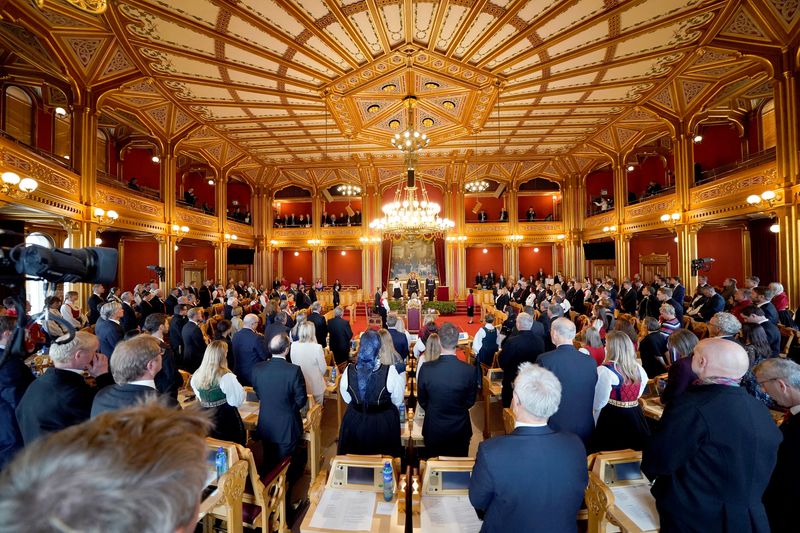 © Reuters. FILE PHOTO: General view of the hall during the opening of the Storting, Norway's parliament, in Oslo, Norway October 11, 2021. NTB/Torstein Boe

OSLO (Reuters) - The Norwegian government said on Friday it has raised its projected fiscal spending for 2022 as it seeks to compensate businesses affected by coronavirus lockdown measures and subsidise households hit by a surge in electricity prices.

Of the increased spending, 22.4 billion crowns comes from pandemic-related measures while 10.2 billion stems from the power price subsidy, the finance ministry said.

The government meanwhile cut its expectations for economic growth this year to 3.4% from 3.8% seen in October.

"It is 0.4 percentage points lower than assumed in the national budget, but still means that the activity in the Norwegian economy will be back on track already this spring," the finance ministry said in a statement.

"Without powerful economic measures, the impact on the economy would have been greater," it added.