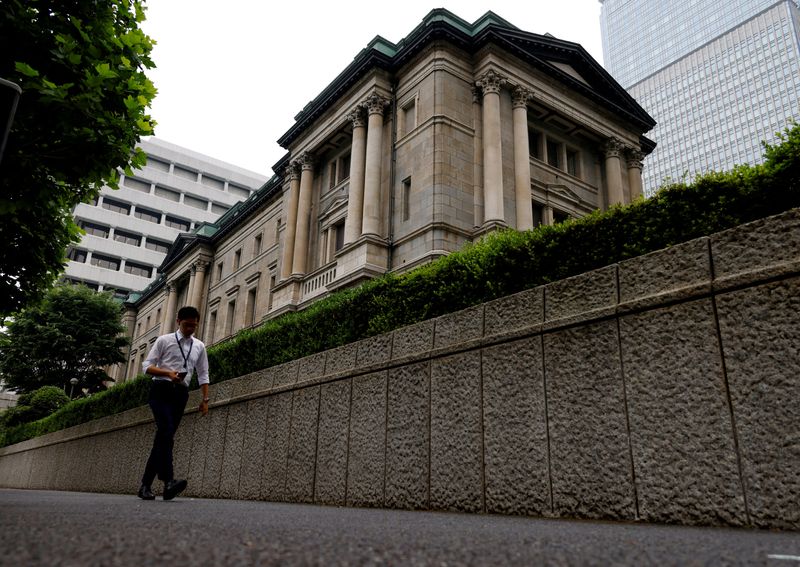 By Yoshifumi Takemoto and Leika Kihara

TOKYO (Reuters) -The Japanese government is likely to present its nominees for the next Bank of Japan (BOJ) governor and two deputy governors on Feb. 10, four government and ruling party officials with knowledge of the matter told Reuters.

There is a chance the date could be pushed forward by several days depending on developments in parliament, which convenes on Jan. 23, one of the officials said on condition of anonymity due to the sensitivity of the matter.

The nominees, if approved by both houses of parliament, will succeed BOJ Governor Haruhiko Kuroda and his two deputies, Masayoshi Amamiya and Masazumi Wakatabe.

Kuroda's term ends on April 8, while those of Amamiya and Wakatabe expire on March 19.

The choice of the new BOJ leadership will be key to how quickly the central bank could phase out its massive stimulus programme as inflation perks up and prospects of higher wages increase.

Approval of the nominees is a near certainty given the ruling coalition's majority in both chambers of parliament.

The nominees for top administrative posts, such as BOJ governor and deputy governors, are traditionally summoned to parliament to testify on their views on monetary policy and answer questions from parliament.

The current plan is for the lower house to conduct the hearings of the BOJ nominees on Feb. 16-17, and the upper house on Feb. 20-21, the officials said.