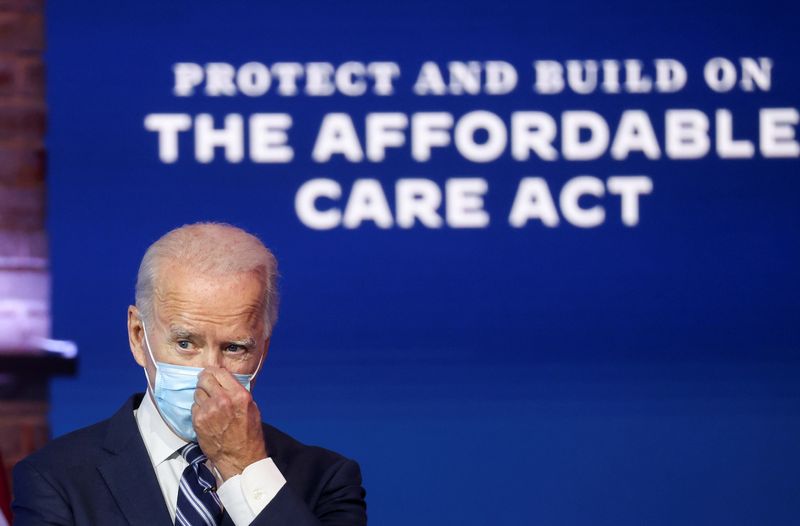 © Reuters. FILE PHOTO: U.S. President-elect Joe Biden adjusts his face mask after during a news conference, where he discussed health care and the Affordable Care Act (Obamacare, at the theater serving as his transition headquarters in Wilmington, Delaware, U.S., No

(Reuters) - Nearly 16 million Americans have so far signed up for health insurance through the Affordable Care Act's marketplace, a 13% jump from a year earlier, according to the U.S. Department of Health and Human Services on Wednesday.

Enrollment for 2023 healthcare plans under the Affordable Care Act, also known as Obamacare, is open between Nov. 1 and Jan. 15.