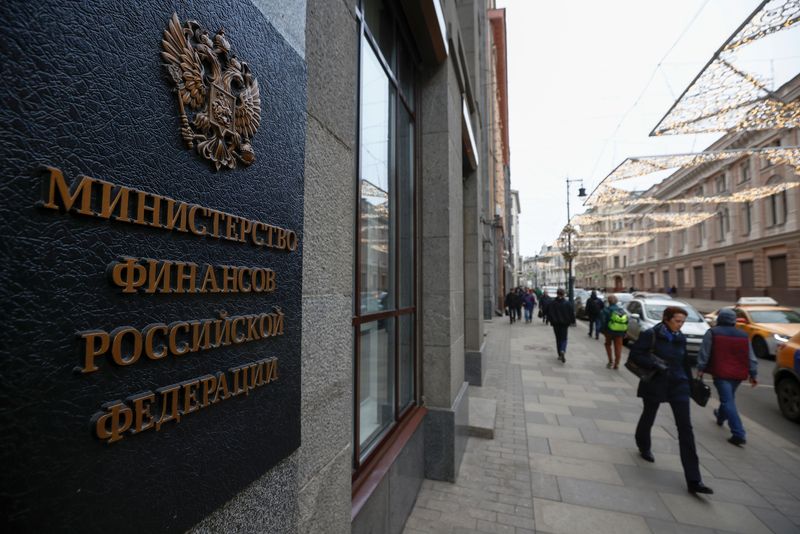 (Reuters) - Russian authorities are discussing the idea of giving foreign investors who are willing to cut exposure to Russia a chance to ditch their Russian stocks and bonds later this year despite capital controls, a finance ministry official said on Thursday.

Russian authorities imposed capital controls days after Russia sent tens of thousands of troops into Ukraine on Feb. 24, hitting foreign investors in Russia who lost access to their holdings of shares and bonds.

Ivan Chebeskov, head of the finance ministry's financial policy department, said authorities were studying the option of granting foreign investors the opportunity to sell their assets in a separate order book.

"We are discussing a second order book and its segregation from the regular order book as we think that Western investors could behave in a non-market way. They just need to sell and that's it," Chebeskov told reporters.

But not all foreign investors want to leave the Russian market so this separate order book would also give them the chance to buy Russian assets cheaply while others would be looking at selling them at any price, Chebeskov said.

Russia is also looking into using cryptocurrencies in its barter trade with other countries, but it needs to change the civil code to legalise such digital assets as property, Chebeskov said.

Russian officials are wrestling with how to regulate the country's crypto market and use of digital currencies, with the finance ministry opposed to the central bank's calls for a ban.

"The central bank is not against using cryptocurrencies to pay....They realise that if we have crypto in Russia it'd be good to get rid of it," Chebeskov said.

Central Bank Governor Elvira Nabiullina said earlier on Thursday that cryptocurrencies should not be used in Russia as a means of payment.

Discussions have been going on for months and though the government expects cryptocurrencies to be legalised as a means of payment sooner or later, no consensus has yet been reached.

Allowing crypto as a means of settlement for international trade would help counter the impact of Western sanctions, which have seen Russia's access to traditional cross-border payment mechanisms "limited," Chebeskov said last month.

Unprecedented sanctions for what Russia calls "a special military operation" in Ukraine have hammered Russian financial markets and imports by disrupting trade and logistics chain.