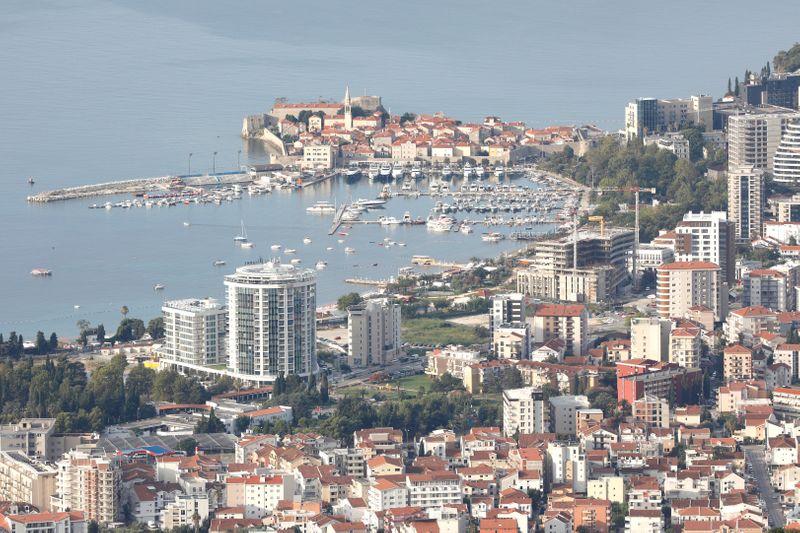 The hedges will also reduce the interest rate it pays on the debt, the report said.

Economy Minister Jakov Milatovic had told Reuters earlier this month that Montenegro was close to securing a deal to either swap or refinance the debt and hoped to reduce the interest rate to below 1%.

The Adriatic country of 620,000 people borrowed $944 million from China in 2014 to fund a 41 km (25 mile) stretch of a highway which, once completed, should link its main port of Bar with neighbouring, landlocked Serbia.

It quoted Spajic as saying: "We have secured ... Montenegro's public debt from the currency risk that has been a noose around the state's neck."

Montenegro will pay an interest rate in euros of 0.88% rather than 2% it had been paying in U.S. dollars, the report said, which will help the European Union candidate country reduce its public debt of around 103% of economic output.

The finance ministry could not be immediately reached for comment.

The loan from the Export-Import Bank of China was taken out in 2014 with a six-year grace period and a 14-year additional maturity. The principal is already starting to be paid off.

The report also quoted Spajic as saying Montenegro would continue to continue to negotiate "with European partners" which he did not identify, on how to refinance the highway loan.

"This (hedging) was an intermediate step towards refinancing," he said.