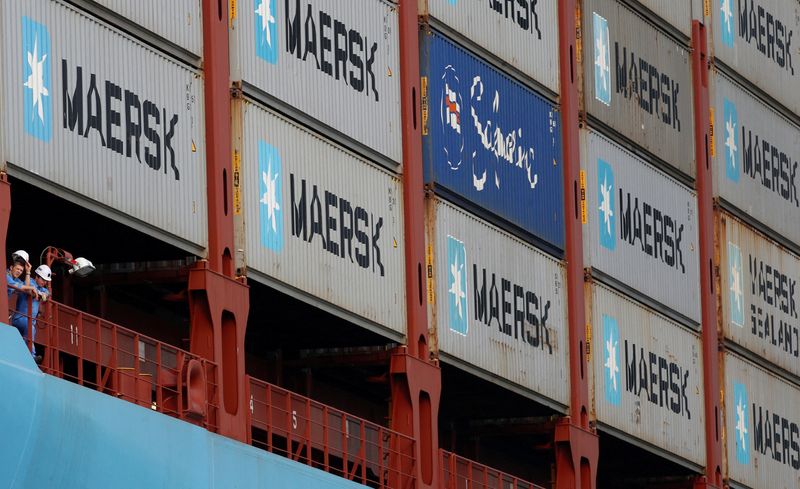 © Reuters. FILE PHOTO: Crew members look out from the container ship, the MV Maersk Mc-Kinney Moller, as it berths during its maiden port of call at a PSA International port terminal in Singapore September 27, 2013. REUTERS/Edgar Su

Underlying earnings before interest, tax, depreciation and amortization (EBITDA) totalled $8 billion, above guidance given by the company in November.

"The strong result in the quarter reflects the continuation of the exceptional market situation within (the) Ocean (division) caused by global disruptions to supply chains, which have led to further increase in container freight rates," Maersk said in a statement.

Revenue stood at $18.5 billion, against $17.5 billion expected by analysts in a Refinitiv poll.