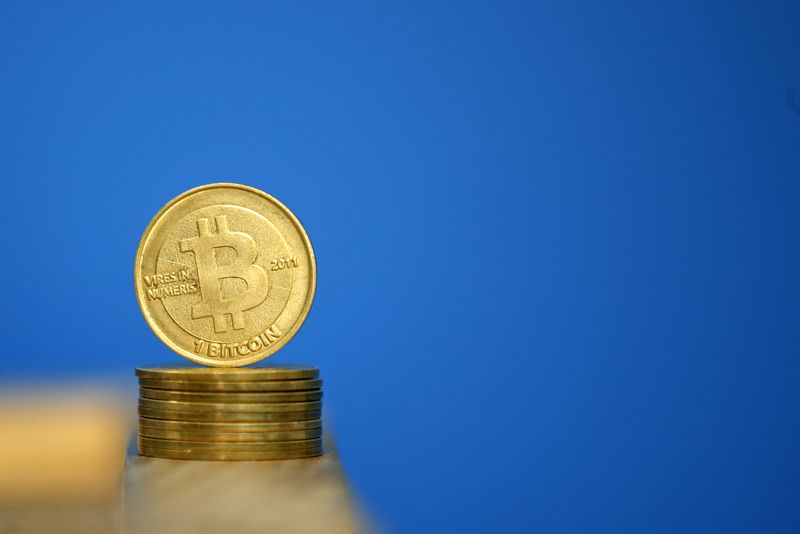 By Medha Singh and Vidya Ranganathan

(Reuters) - A weak start to 2022 and a host of looming macro and technical headwinds are setting cryptocurrencies up for a rough ride in the weeks to come.

Far from being the hedge against inflation or the uncorrelated alternative asset it was sometimes plugged as, bitcoin has suffered disproportionately, losing 40% from its peak in November, as the Federal Reserve and other major central banks spelt out plans to raise rates and remove monetary stimulus.

"There's more correlation than some people might like between the crypto sector and the more traditional markets," said Jack McDonald, chief executive officer of Standard Custody, a firm handling digital asset custody solutions for institutional investors.

Justin D'Anethan, a Hong Kong-based cryptocurrency analyst, points to how the leverage ratio -- which tracks the open interest across cryptocurrency trading venues relative to bitcoin currency reserves -- has been growing despite the liquidation of bitcoin holdings, which could be a sign of more short positions being accumulated in the currency.

Investors had turned to favouring "puts" even in options, he noted.

On analytics platform CryptoQuant, the bitcoin leverage ratio across exchanges has risen to 0.22 from 0.15 a month ago.

Bitcoin's market capitalisation has dropped to around $793 billion, crypto platform CoinGecko estimated. It has lost about $93 billion since the start of this year.

Analysts Dalvir Mandara and Bilal Hafeez at research firm Macro Hive pointed to outflows from cryptocurrency exchange-traded funds and the reduced profitability of incoming bitcoin as reasons to be bearish.

Yet, among a mixed bag of indicators, they pointed to the slowing growth in bitcoin open interest as suggesting hesitation among investors and a positive funding rate for perpetual futures as a sign traders are still willing to pay, albeit low amounts, to keep their bitcoin longs.

Even as stocks linked to cryptocurrencies broadly mirrored the fall in prices of digital assets, a few stocks managed gains as they announced new ventures and offerings.

Shares of meme stock GameStop Corp (NYSE:GME) jumped 7% on Friday on plans to launch a division to develop a marketplace for NFTs and establish cryptocurrency partnerships.

Blockchain infrastructure firm BTCS surged over 44% on Jan. 5 after announcing it would offer bitcoin dividends, called bividends, to its shareholders who choose to opt for it.