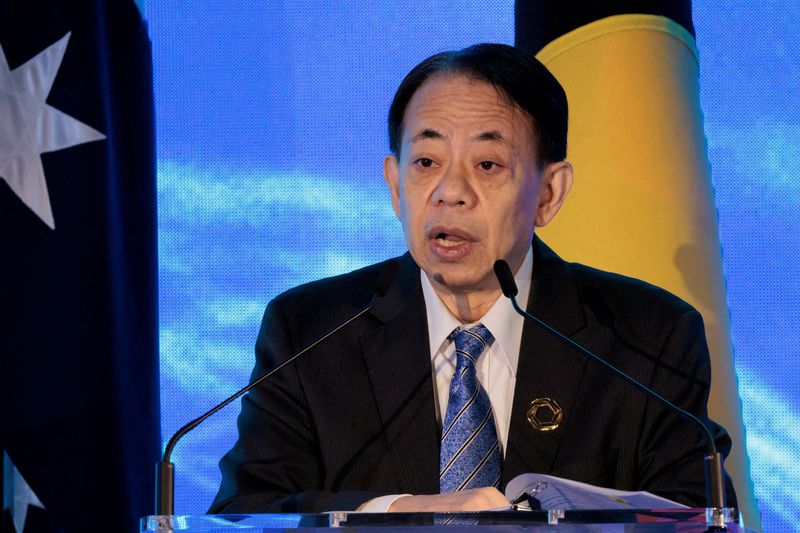 TOKYO (Reuters) - It goes a step too far to say a weak yen is the main reason for explaining why prices in Japan are rising, Asian Development Bank (ADB) President Masatsugu Asakawa said on Friday.

The major factors for the price rises that Japan is seeing are pandemic supply chain disruptions and surging food and energy prices due to Russia's invasion of Ukraine, he said.

Rising consumer prices are a politically sensitive issue in Japan, because they challenge the view of the Bank of Japan (BOJ) that recent price hikes in the country will remain somewhat temporary. They can also be a cause for discontent, especially among low-income earners who worry about higher living costs.

Core inflation, which excludes volatile fresh food costs but includes those of energy, has topped the BOJ's 2% inflation target for three months in a row, government data showed this month, coming in at 2.2% in June.

"It's probably an overstatement to say that it (the gradual rise in prices) is due to the weak yen," Asakawa said during a news conference at the Japan National Press Club.

While a weaker yen has contributed to Japanese inflation, only about 20% to 30% of the inflation rate could be explained by it, Asakawa said.

Asakawa, who has headed the ADB since 2020, is seen by market participants as a potential successor to BOJ Governor Haruhiko Kuroda, whose second five-year term will end in April next year.

Before retiring from the finance ministry, Asakawa served as Japan's top financial diplomat for four years from 2015.