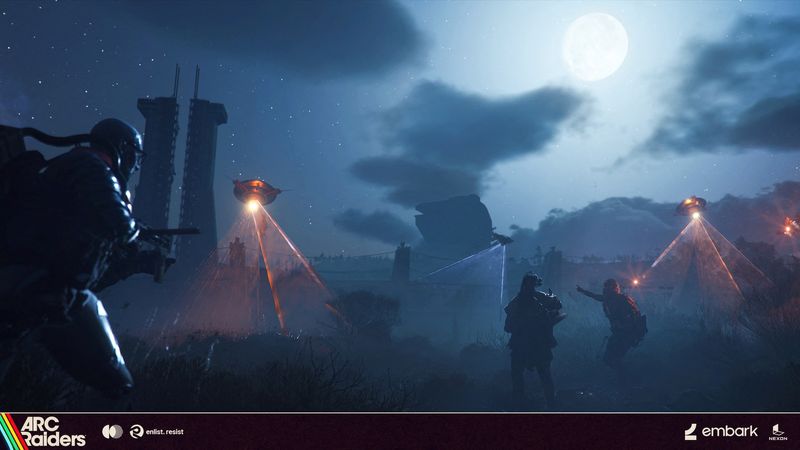 © Reuters. A screenshot of ARC Raiders, a video game developed by Embark Studios, in this undated handout obtained by Reuters on June 3, 2022. ARC Raiders ? Embark Studios/Handout via REUTERS THIS IMAGE HAS BEEN SUPPLIED BY A THIRD PARTY. NO RESALES. NO ARCHIVES

By Sam Nussey and Dawn Chmielewski

TOKYO/LOS ANGELES (Reuters) - The Japanese creator of one of the longest-running online role-playing titles, whose most popular video game has attracted nearly a billion registered users, is gearing up for global expansion and setting its sights on the West.

Nexon Co Ltd - little known outside Asia - is one of the world's 10 largest video game companies by market capitalization; its $22 billion valuation is larger than Take-Two (NASDAQ:TTWO) Interactive, the company behind "Grand Theft Auto," or Roblox.

Last year it completed the acquisition of Stockholm-based Embark Studios, whose founder led development of the hit "Battlefield" franchise. In 2022 it invested $400 million for a minority stake in AGBO, the independent studio founded by Anthony and Joe Russo, the creative duo who directed Marvel's "Avengers: Endgame" and "Avengers: Infinity War."

"The idea overall with that is to combine what we're really good at - making a virtual world last and grow forever - with what they're really good at," Nexon's chief executive, Owen Mahoney, told Reuters.

Nexon is working with AGBO to explore ways to extend its game franchises to film or television and develop virtual worlds or video games inspired by AGBO's movies.

"Our vision, which aligns well with Nexon's, recognizes that audiences have come to expect real immersion in the IP they care most about," said AGBO CEO Jason Bergsman.

The two companies are in early talks on adapting Nexon franchises such as "MapleStory" and "Dungeon and Fighter," which have rich lore and passionate fan bases. These talks are still in preliminary stages, cautions one source with direct knowledge of the situation.

They are also discussing a game or virtual world inspired by "Battle of the Planets," an iconic Japanese anime show from the 1970s that AGBO is developing as a feature film.

Mahoney hopes to leverage Nexon's experience in operating "live games" - updating titles while they are running - to launch big budget titles with a Western sensibility, such as the free-to-play shooter game "ARC Raiders," from Embark Studios.

Embark's founder, Patrick Soderlund, once led Dice, the company that developed the "Battlefield" franchise and was acquired by Electronic Arts (NASDAQ:EA) when Mahoney was head of mergers and acquisitions there.

Nexon has assiduously avoided the frenzy around the "metaverse" that has gripped tech giants Microsoft (NASDAQ:MSFT) and Facebook (NASDAQ:META).

"Nobody can define it and most importantly they can't define why it's so darn great," Mahoney said. "It's a big nothingburger."

Nexon was an early adopter of features that have become common in the industry including in-game virtual currencies and the free-to-play business model.

These features were rolled out in games such as Nexon's "KartRider" racing game, which has been running for almost two decades - one of what the company calls its "forever franchises."

Its most popular franchise, the arcade-style fighting game "Dungeon and Fighter," has earned more than $20 billion since 2005 - more than the combined box office proceeds of the "Star Wars" or "Harry Potter" film franchises.

One big new challenge as part of Nexon's expansion will to generate returns from higher-budget Western games.

"Nexon does not have much of a track record in operating photorealistic games for hardcore gamers," Citigroup (NYSE:C) analysts wrote in March, initiating coverage of the stock at "neutral".

Nexon wants to control the cost of developing titles in an era when budgets top $100 million. For instance, it uses machine learning technology to animate some character actions instead of relying on workers.

"I don't really care what happens in the first one or two quarters," Mahoney said. "What I care about is what happens from years two to 20."