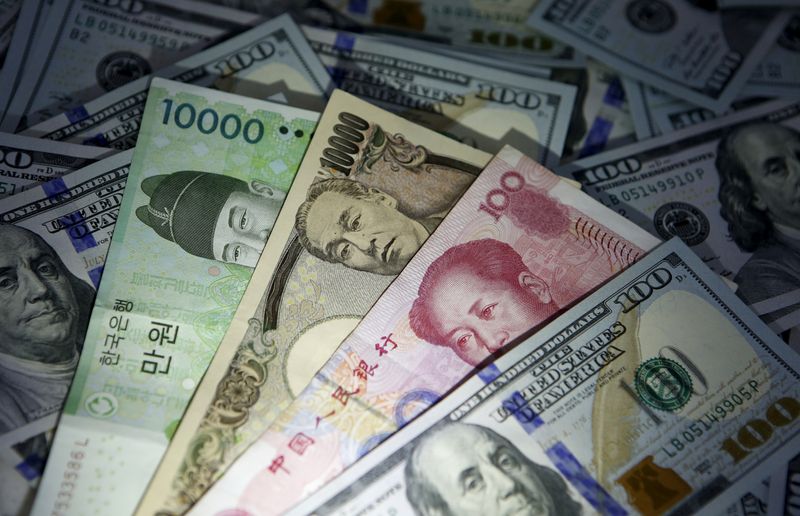 TOKYO (Reuters) - Japan's government and central bank said on Friday they were concerned by recent sharp falls in the yen in a rare joint statement, the strongest warning to date that Tokyo could intervene to support the currency which has sunk to 20-year lows.

After a meeting with his Bank of Japan (BOJ) counterpart, top currency diplomat Masato Kanda told reporters that Tokyo will "respond flexibly with all options on the table."

He declined to say whether Tokyo could negotiate with other countries to jointly step into the market.

The G7, of which Japan is a member, has a long standing policy that markets ought to determine currency rates, but that the group will closely coordinate on currency moves, and that excessive and disorderly exchange-rate moves could hurt growth.

"We have seen sharp yen declines and are concerned about recent currency market moves," the Ministry of Finance, BOJ and the Financial Services Agency said in the joint statement released after their executives' meeting.

Officials of the three institutions meet occasionally, usually to signal to markets their alarm over sharp market moves. But it is rare for them to issue a joint statement with explicit warnings over currency moves.

"It was probably a slightly toned-up jawboning because the pace of the yen's fall has been rapid the past week," said Masahiro Ichikawa, chief market strategist at Sumitomo Mitsui (NYSE:SMFG) DS Asset Managemment.

"I don't think Tokyo will conduct yen-buying intervention because that requires consent from the United States," he said.

Unlike other major central banks which are flagging aggressive interest rate hikes to tackle inflation, the BOJ has repeatedly committed to keeping rates low, making Japanese assets less attractive for investors and sending the yen down to within striking distance of 135.20 hit on Jan. 31, 2002. A break past that would be its lowest since October 1998.