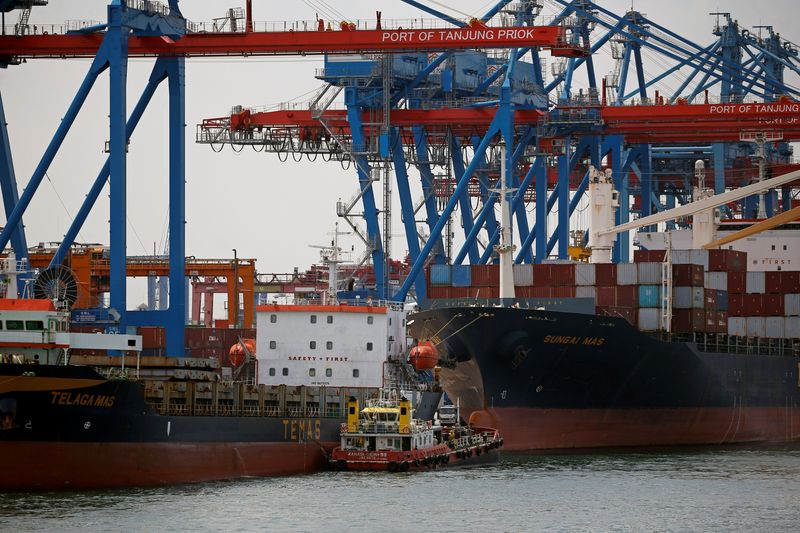 JAKARTA (Reuters) - Indonesia's exports were seen slowing in August as prices of some of its top commodities declined, but its trade surplus was expected to hold up at around $4 billion, a Reuters poll showed on Tuesday.

Twenty one analysts surveyed by Reuters predicted exports from Southeast Asia's largest economy grew 19.19% on a yearly basis in August, down from the previous month's 32.03% growth.

The August trade surplus was seen at $4.09 billion, compared with the $4.22 billion surplus in the previous month.

The resource-rich nation has been enjoying an export boom on the back of rising commodity prices, which has boosted its economic recovery from the impact of the pandemic.

However, its statistics bureau last month warned of a risk of export slowdown due to moderating prices of commodities like palm oil and nickel.

(Polling by Anant Chandak in Bengaluru; Writing by Gayatri Suroyo in Jakarta; Editing by Kanupriya Kapoor)