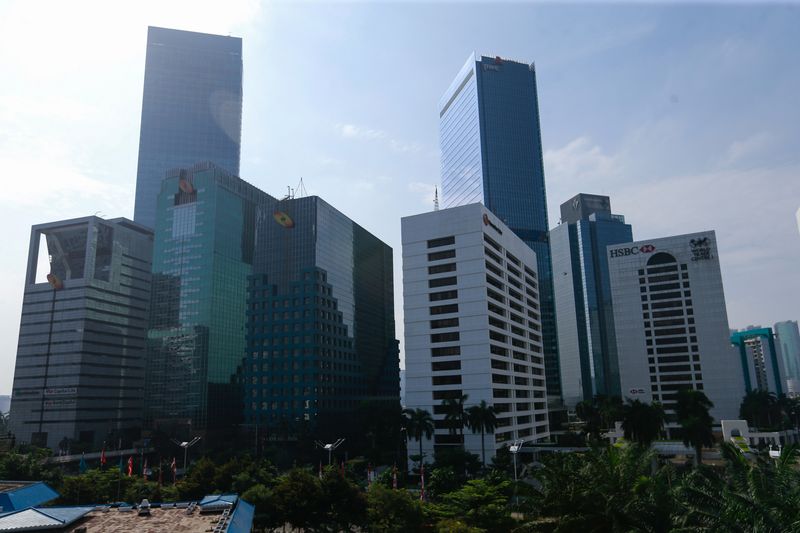 © Reuters. FILE PHOTO: A general view of the skyline of Jakarta, the capital city of Indonesia, August 5, 2021. REUTERS/Ajeng Dinar Ulfiana

JAKARTA (Reuters) - Indonesia's annual economic growth may slow to 4.37% next year partly due to the impact of domestic monetary tightening, the country's central bank (BI) governor told a parliamentary hearing on Monday.

BI Governor Perry Warjiyo gave the GDP forecast as part of a discussion with parliament on the central bank's 2023 budget.

Warjiyo said predicting economic indicators was difficult due to volatility in the global economy, adding that the numbers could be discussed further with lawmakers.

Warjiyo last week said BI expected a headline inflation rate of 5.6% at the end of the year.

He did not explain why the figures were different and BI's spokesperson did not immediately respond to a request for comment.

Last week, BI raised its key policy rate for a fourth consecutive monthly meeting in a move aimed at anchoring inflation expectations, which the governor said was "too high". In total BI has lifted interest rates by 175 basis points since August.

Indonesia's annual headline inflation rate cooled to 5.71% in October, but remained near a seven-year high of 5.95% in September.

Warjiyo is expected to lay out BI's policy guidance for 2023 at an annual gathering with financial stakeholders on Nov. 30.