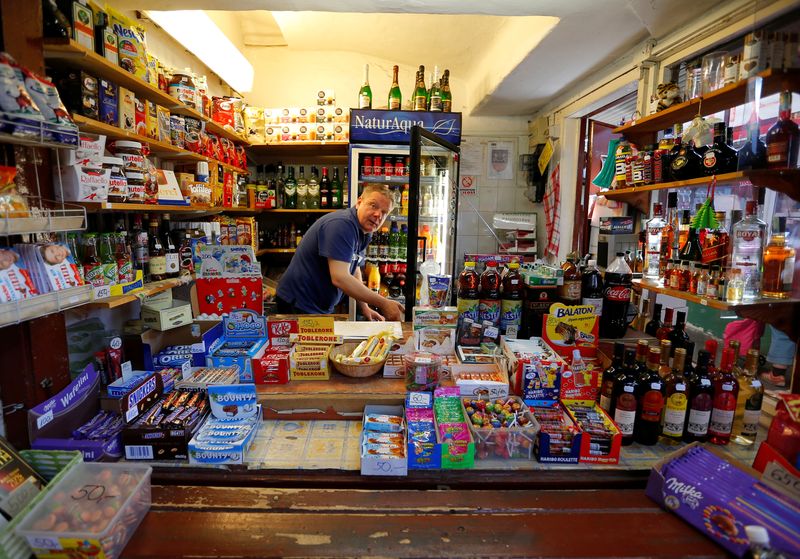 BUDAPEST (Reuters) - The National Bank of Hungary (NBH) raised its base rate by 100 basis points to 10.75% on Tuesday, taking borrowing costs into double-digit territory for the first time since late 2008 amid a continued rise in inflation.

The decision was in line with the median forecast of 14 economists in a Reuters poll last week. At 1204 GMT, the forint, which sank to a record low versus the euro earlier this month, traded at 401 per euro, a touch weaker than immediately before the announcement.

The weakness of the forint, which is complicating the NBH's inflation challenge, has forced the bank into its steepest tightening cycle since the collapse of communism, with rate hikes now totalling 485 bps over the past month alone.

"The (Monetary Council) has vowed to decisively continue with the tightening cycle until inflation has clearly peaked (anticipated by autumn), and this promise has helped the forint exchange rate recover in recent weeks," Commerzbank (ETR:CBKG) said.

Hungary's twin deficits and lack of access to European Union funds had prompted investors to sell the forint amid worsening sentiment on international markets, which forced the government to scrap a price cap on energy bills for higher-usage households.

This is expected to raise inflation further, while helping to rein in the budget deficit.

Despite gains to around 400, the forint is still down nearly 8% versus the euro this year, underperforming its regional peers and complicating the NBH's task of curbing inflation.

Economists polled by Reuters forecast headline inflation averaging 12.2% this year, easing to 9.95% in 2023, still far above the NBH's 2% to 4% target range.

Analysts now see the base rate rising to 12% by the end of 2022, which would be its highest level in nearly two decades.