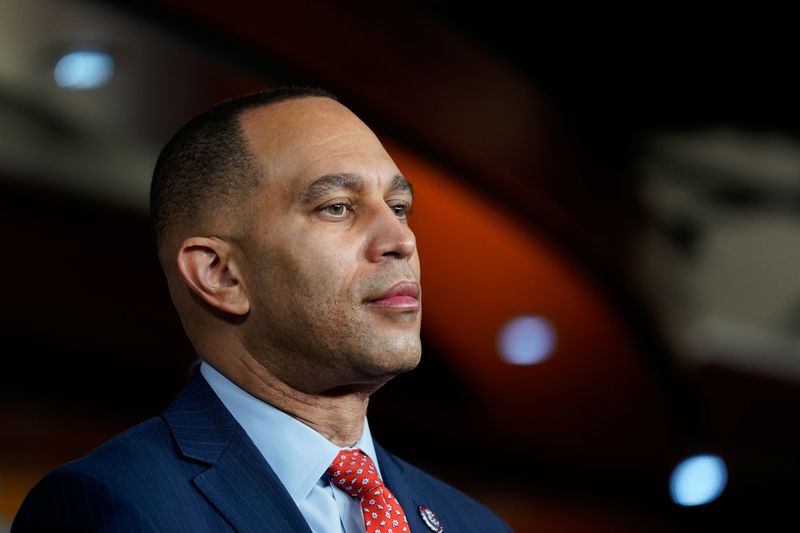 WASHINGTON (Reuters) - U.S. lawmaker Hakeem Jeffries launched a bid on Friday to become Democratic leader in the House of Representatives, a day after the chamber's speaker, Nancy Pelosi, announced that she was stepping down from her party leadership role.

Jeffries announced his bid in a letter released by his office, saying: "I write to humbly ask for your support for the position of House Democratic Leader as we once again prepare to meet the moment."

Jeffires, 52, would be the first Black House Democratic leader, representing both the party's diverse voter base and bringing a new generation of leadership.