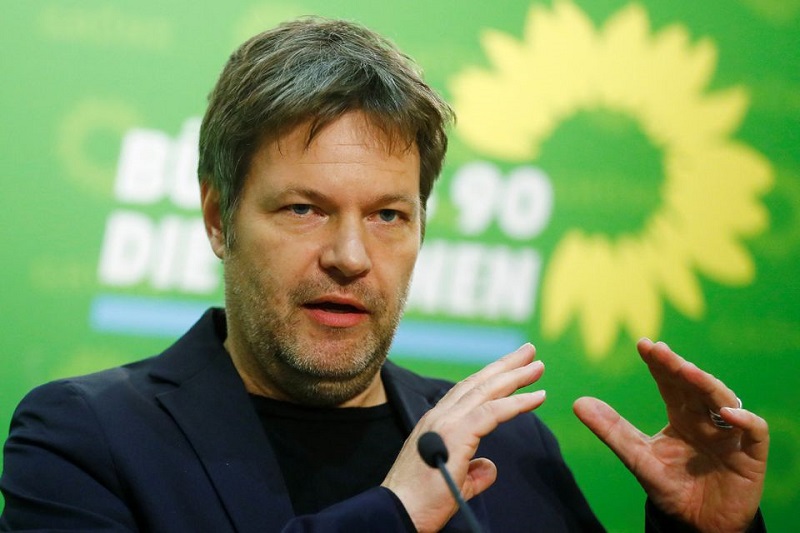 Investing.com -- The German government announced new measures to cut down on natural gas usage over the coming winter and thus escape "blackmail" by Russia, the latest sign that Europe's largest economy is preparing for a lengthy confrontation with Russia over its invasion of Ukraine.

Vice-Chancellor and Economy Minister Robert Habeck said the country will demand that gas storage operators fill their facilities further and faster than previously foreseen, while also announcing the reactivation of some of the country's most polluting power stations in order to reduce the amount of gas burned for electricity generation this winter.

Habeck said Germany's storage facilities, which are currently around 65% full, will have to be 75% full by the start of September, rising to 85% and 95% over the following two months. This is to avoid more dramatic rationing of supplies - notably to industrial consumers such as chemicals giant BASF or the automotive sector - over the coming winter.

The accelerated timetable for filling storage pushed up the front end of Europe's gas futures curve, reversing a sharp drop at the opening that happened as Gazprom (MCX:GAZP) confirmed the resumption of supplies through the Nord Stream pipeline after the end of a scheduled maintenance period. Longer-dated futures weakened, however, on expectations that the peak demand season in the middle of winter will be more manageable.

Habeck, who represents Germany's Green Party, also confirmed that the country will reactivate its reserve of brown coal-fired power stations from October, in another stark illustration of how the near-term energy crisis has displaced longer-term climate change at the top of the government's list of priorities.

At the same time, Habeck also sketched out more measures on how to conserve gas through the winter. Under one such measure, public buildings will not heat their corridors, and tenants will be freed from the obligation to keep their apartments above a certain temperature, a common element of many rental contracts designed to safeguard the fabric of buildings and their piping. On current projections, he estimated that the country will be able to cut its gas consumption by around 7% to 8% from last year, although the actual decline will be greater due to the mildness of the last winter.