German finance minister: must talk about fiscal stimulus for 2024 budget 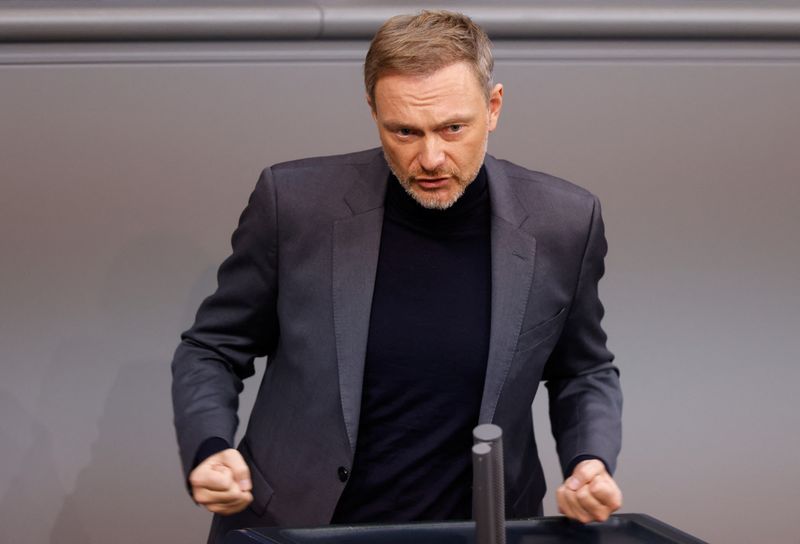 © Reuters. German Finance Minister Christian Lindner speaks during the budget debate in the plenary hall of the German lower house of parliament, or Bundestag, in Berlin, Germany November 22, 2022. REUTERS/Michele Tantussi

BERLIN (Reuters) - The German government needs to talk about fiscal measures for the 2024 budget to stimulate the economy, Finance Minister Christian Lindner said on Tuesday.

"We will have to talk about further fiscal measures with a view to the 2024 budget, we have to stimulate the economy, and a more visible fiscal impulse is also necessary," he told lawmakers in the Bundestag lower house of parliament.