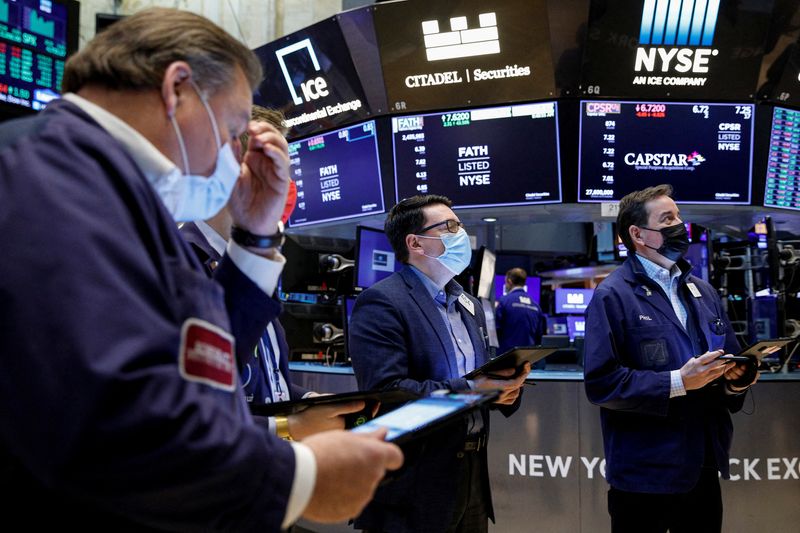 (Reuters) - U.S. stock index futures were muted on Thursday ahead of jobless claims data and fresh inflation figures that are expected to give more cues on the Federal Reserve's tightening policy, while Delta Air Lines (NYSE:DAL) led gains among carriers on strong earnings.

The producer price index (PPI) for final demand is expected to rise 0.4% in December, compared with a 0.8% increase in November. In the 12 months through December, the PPI likely accelerated 9.8% after shooting up 9.6% in November.

Delta Air Lines gained 2.2% in premarket trading after beating estimates for fourth-quarter earnings and said it has recovered nearly 80% of its 2019 pre-pandemic level revenue.

More U.S. companies will report results on the final quarter of 2021 in the coming weeks, with year-over-year earnings growth from S&P 500 companies expected to be at 22.4%, according to IBES data from Refinitiv.

JPMorgan Chase (NYSE:JPM) is due to report on Friday along with Citigroup (NYSE:C) and Wells Fargo (NYSE:WFC). Results from big technology and other mega-cap companies start next week, with Netflix (NASDAQ:NFLX) due to report on Jan. 20.

Banks have been among the best performers since the start of the new year, with retail investors also raising their exposure to bank stocks ahead of the earnings announcements, according to Vanda (NASDAQ:VNDA) Research's weekly report on retail flows.

Also on the radar, Fed Governor Lael Brainard will appear at a Congressional hearing later in the day for her nomination as deputy chair.

Recently listed satellite launch service provider Virgin Orbit gained 2.1% after tweeting that it is on track for its first commercial satellite launch on Thursday between 1300 and 1530 Pacific Time.