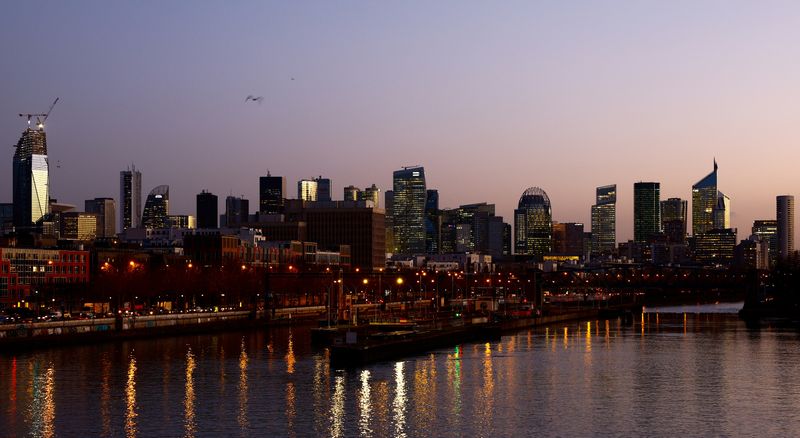 PARIS (Reuters) - The French government plans to rein in unemployment benefits when the jobless rate is less than 9% under a plan presented on Monday that aims to tackle staff shortages that companies say are holding back business.

Unemployment fell to a 14-year low of 7.3% in the third quarter, but there are still 2.3 million jobless people even though many companies are struggling to find adequate staff.

President Emmanuel Macron's government wants stronger incentives to get people to look for work by modulating benefits according to the strength of the job market is.

It plans to reduce the benefits unemployed people receive by a quarter when the job market is buoyant, which would be deemed the case when the jobless rate is less than 9%, with exceptions for some professions like dock workers and sailors.

Labour Minister Olivier Dussopt said the reform was not designed strictly to save money, even though it is expected to save 4 billion euros ($4.1 billion) annually, according to estimates from the state-backed Unedic unemployment fund.

"This reform has one objective - full employment and responding to companies' recruitment difficulties," Dussopt told journalists.

Currently unemployed people under the age of 53 can receive benefits for up to 24 months. Under the reform, that would be reduced to 18 months when the jobless rate is less than 9%.

Older people, whose benefits can run for up to three years, would also see the period during which they are eligible reduced by a quarter when unemployment is under 9%.

Unions are up in arms over the reform and say it will hurt workers with the lowest level of skills the hardest. They say it is not because of jobless benefits that companies cannot find enough workers.