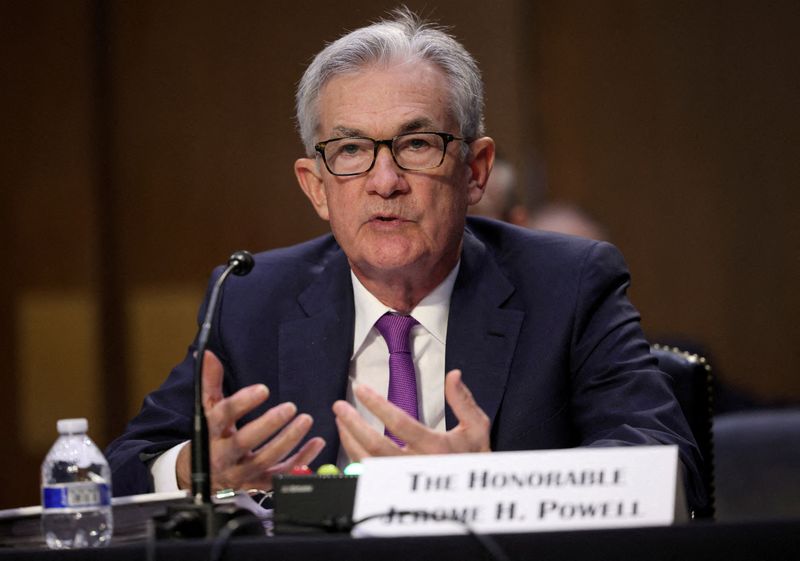 WASHINGTON (Reuters) - Federal Reserve Chair Jerome Powell pledged "to prevent higher inflation from becoming entrenched" in comments prepared for delivery at a congressional hearing on Tuesday where the high pace of price increases is likely to be a central topic.

Powell did not mention the U.S. central bank's plans to hike interest rates explicitly in brief opening remarks for his nomination hearing before the Senate Banking Committee for a second four-year term as head of the Fed.

But he noted that the economy was facing "persistent supply and demand imbalances" during the pandemic reopening, and that the resulting high inflation "exacts a toll," particularly on the poor.