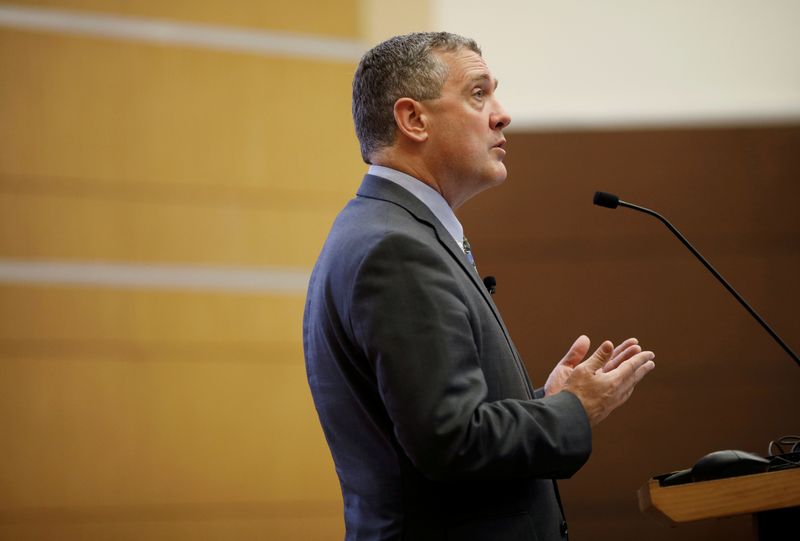 (Reuters) -The U.S. Federal Reserve and the European Central Bank both have enough credibility to engineer a reduction in inflation without causing a deep recession like the last time the U.S. central bank battled such fast-rising prices, St. Louis Fed President James Bullard said on Friday.

"The Volcker disinflation was costly, but it was not credible initially—Volcker had to earn credibility," Bullard said at the Barcelona School of Economics Summer Forum, referring to Fed Chair Paul Volcker, who sent unemployment soaring 40 years ago with his sharp interest-rate hikes. "The Fed and the ECB have considerable credibility, suggesting that a soft landing is feasible in the U.S. and the euro area if the post-pandemic regime shift is executed well."

This week the Fed bumped borrowing costs up by 0.75 percentage points, the most in more than a quarter of a century, in a bid to stem inflation that has been running at more than 8%.

Bullard has been a vocal backer of the aggressive Fed action taken. U.S. central bank forecasts published this week show most see rates rising to at least 3.4% this year.

Because the Fed and the ECB both have stored up public trust, Bullard said Friday, they are in position to reduce inflation in a "costless" way, by pushing down on inflation expectations.

The ECB also faces high inflation, though perhaps a more delicate task because its economies feel even more strongly the headwinds from Russia's invasion of Ukraine, which has driven up energy prices worldwide.