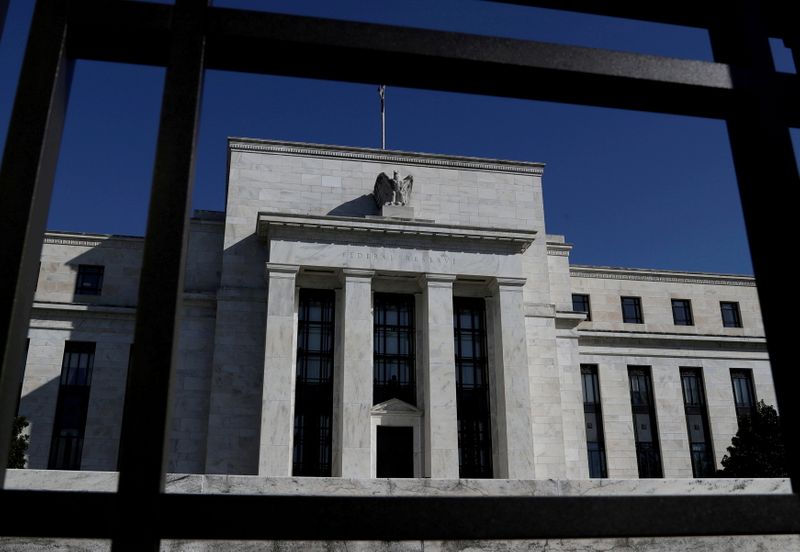 LONDON (Reuters) - The U.S. Federal Reserve will likely double the pace of tapering its monthly bond purchases from January to $30 billion, and wind down its pandemic-era bond buying scheme by mid-March, Goldman Sachs (NYSE:GS) strategists said in a daily note on Thursday.

"The increased openness to accelerating the taper pace likely reflects both somewhat higher-than-expected inflation over the last two months and greater comfort among Fed officials that a faster pace would not shock financial markets," analysts led by Jan Hatzius said in a client note.

Despite the accelerated tapering calendar, Goldman expects the Fed to start raising interest rates only from June for a total of three times in 2022. The U.S. investment bank is one of the several banks which have recently raised their interest rate hike expectations for 2022 to three from two.

Minutes of the central bank's Nov. 2-3 policy meeting showed that various policymakers said they would be open to speeding up the taper of their bond-buying programme if high inflation held and would move faster to raise rates.