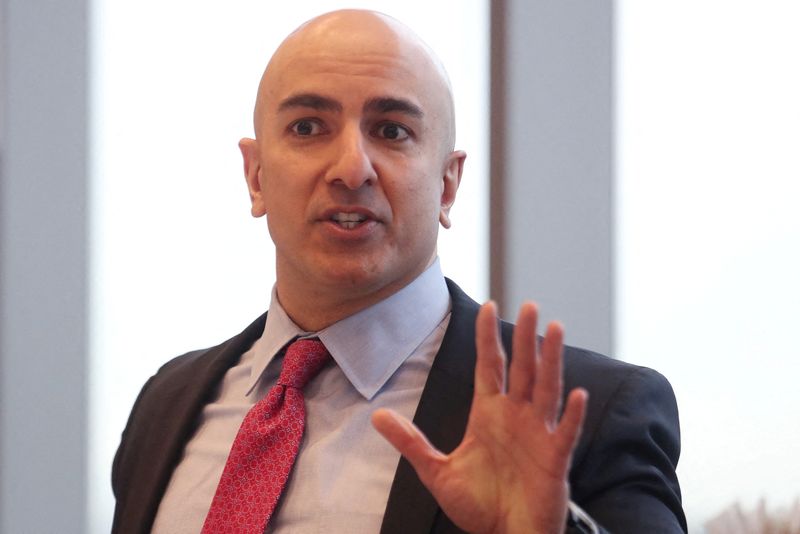 (Reuters) -The U.S. Federal Reserve may not get as much help as it hopes from supply chains easing as it battles to bring down inflation to its 2% goal, Minneapolis Fed President Neel Kashkari said on Monday, as he pointed out a string of data which still appear to show consumers remain willing to spend despite higher prices..

"I'm confident we are going to get inflation back down to our 2% target, but I am not yet confident on how much of that burden we're gonna have to carry versus getting help from the supply side," Kashkari said in an interview with CNBC.

"Virtually all of that news is in the wrong direction," he said, citing the war in Ukraine and COVID lockdowns in China as putting upward pressure on prices.

While there is some signs that inflation may have softened "just a hair," Kashkari added, other indicators point to consumers remaining in robust health.

There is a still an estimated more than $2 trillion in excess savings on American balance sheets accumulated during the pandemic.

"I would have expected by now more evidence that these household balance sheets were being spent down... there's a possibility that the economy has now been pushed to a higher pressure equilibrium than it was before. And if that's the case, then we're going to have even more work to do," to bring inflation back down, Kashkari said.