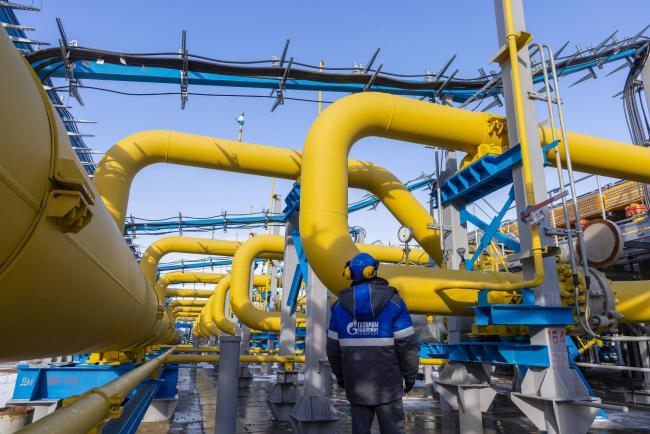 © Bloomberg. A worker checks the pressure gauge on pipework at the Comprehensive Gas Treatment Unit No.3 of the Gazprom PJSC Chayandinskoye oil, gas and condensate field, a resource base for the Power of Siberia gas pipeline, in the Lensk district of the Sakha Republic, Russia, on Monday, Oct. 11, 2021. Amid record daily swings of as much as 40% in European gas prices, Russian President Vladimir Putin made a calculated intervention to cool the market last week by saying Gazprom can boost supplies to help ease shortages.

(Bloomberg) -- Europe’s strenuous effort to break its dependence on Russian energy isn’t getting any support from the OPEC cartel.

The European Union plans to ban Russian crude oil over the next six months in protest against President Vladimir Putin’s invasion of Ukraine. Yet delegates from the Organization of Petroleum Exporting Countries and its partners are unlikely to replace any supply gap when they gather tomorrow.

Instead, the so-called OPEC+ alliance led by Saudi Arabia will probably ratify plans for a modest production increase for June of 430,000 barrels a day, the officials say. It might be difficult to decide otherwise, given that Russia is a leading member of the coalition.

If anything, the group’s sense of caution about opening the taps has only solidified. A technical committee meeting on Wednesday deepened estimates for the surplus facing global oil markets this year, to 1.9 million barrels a day from 1.3 million.

“The pandemic clearly remains with us, as has been evident most recently with lockdowns across China,” OPEC Secretary-General Mohammad Barkindo told representatives at the meeting.

Even if other members did want to replace lost Russian volumes, they’d likely struggle: OPEC effectively failed to implement any of its planned output increase last month, a Bloomberg survey showed on Tuesday.